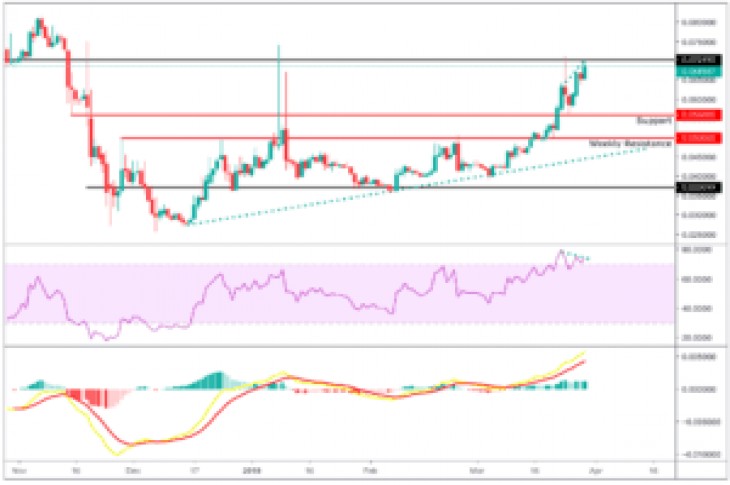 Cardano is the top performer over the past 24 hours in the top ten cryptocurrencies ranked by market cap.

Data from Messari shows the price of Cardano increasing 6.42% over the past 24 hours, bringing the price to an important resistance level.

The price has risen to $0.07 which acted as a level of support prior to a price breakdown in November.

$0.07 also acted as an area of seller liquidity both last week and in January.

Price has risen to $0.07 but met resistance at this point.

However, with buying pressure strong as measured by RSI, there is an increased likelihood that the price can overcome this resistance level on this test.

However, a bearish divergence is also forming between the price and the RSI with price forming higher highs and RSI forming lower highs.

Currently, the bullish signals seem stronger than the bearish indicating there is more likelihood of the price continuing to increase above the resistance as opposed to reversing from here.

While the price of Cardano trades near the point where price broke down in November, ICON trades significantly lower in a range between $0.35 and support at $0.321

The price has formed a Doji candle for the past two trading days reflecting high amounts of uncertainty.

Price also dropped below the lower end of the range during intraweek trading but buying pressure quickly brought the price back within the range.

The MACD and RSI on the daily chart have been decreasing increasing the likelihood that the price will drop below $0.321.

The multiple tests of $0.321 further increase the odds of price dropping below with repeated tests of a level leading to progressively few buyers to hold the level.

The 4-hour chart is also painting a bearish picture with several Doji candles forming above support at $0.321.

With price trading just above the support level and dropping below it on several occasions, it indicates that traders are comfortable with the price trading at lower levels.

In the event of a drop below, the next key area of buyer liquidity is $0.29 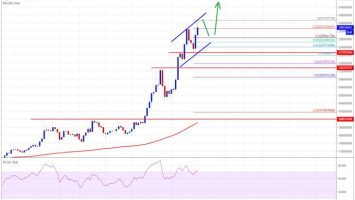 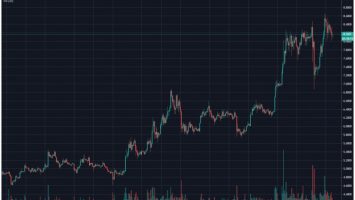