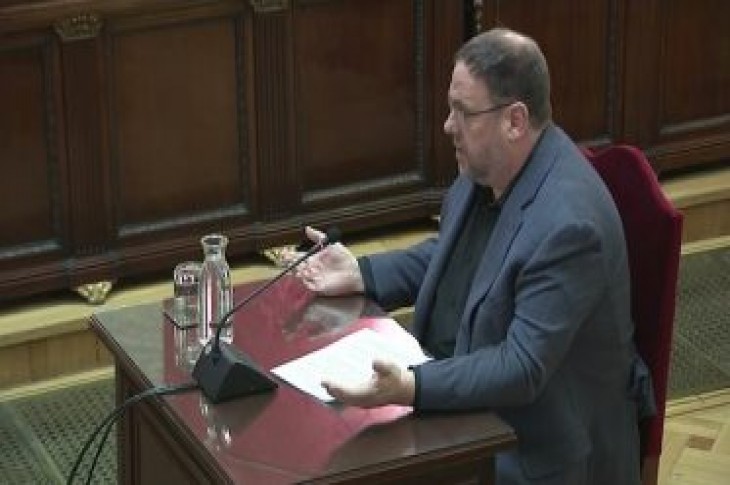 MADRID (Reuters) – Jailed Catalan separatist leaders denied the prosecutors’ charge of inciting violence in the Spanish region’s failed bid for independence and used their final arguments in a four-month Supreme Court trial in Madrid to call for dialogue.

Prosecutors said last week that the Catalan leaders had knowingly attempted a “coup d’etat” against Spain in 2017 when they organized a referendum on independence, triggering Spain’s biggest political crisis in decades..

“To vote or defend the republic from a parliament cannot constitute a crime,” Oriol Junqueras, who served as deputy leader of the Catalan regional government, told the court on Wednesday.

During the independence vote, which Spanish courts had ruled illegal, police attempted to shut down impromptu voting stations, provoking an international outcry with the use of batons and rubber bullets in melees that injured dozens.

The 12 defendants are charged with rebellion, sedition and misappropriation of public funds. The Catalan politicians and civic leaders, nine of whom have been jailed pending sentence for more than a year, face up to 25 years in prison.

A final ruling is not expected for another few months.

Junqueras defined himself as someone with “democratic, civic and peaceful convictions”, and called for dialogue to resolve the crisis over Catalonia, which has contributed to the fragmenting of Spanish politics and the rise of far-right party Vox.

“The best for Catalonia, Spain, Europe, everyone, would be to return this issue to the political arena … to the arena of dialogue, negotiation and agreement,” Junqueras said.

Other defendants argued that they were being prosecuted for their political ideas, said that holding a referendum was not a crime and accused the prosecutors of manipulating facts.

Some of their lawyers admitted on Tuesday that they could have conducted misappropriation of funds but denied the rebellion charge.

“I am being judged for my political career, for being who I am, not for my acts, not for my facts,” said Carme Forcadell, who was the Catalan parliament’s speaker when it approved a unilateral declaration of independence after the referendum, despite both moves being ruled illegal.

After the independence declaration, Spain’s then- conservative government stripped the regional parliament of power before calling an election. But the move backfired and the secessionists retained a slim majority in the Catalan assembly.

However, many in the rest of Spain strongly disapprove of the idea of the wealthy northeastern region breaking away.

While several of the separatist leaders involved in the secession drive were arrested and have remained in preventative custody ever since, others, including the regional president at the time, Carles Puigdemont, fled the country. 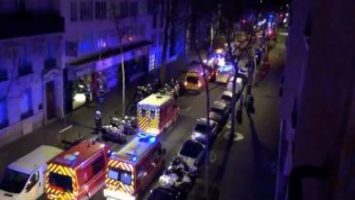