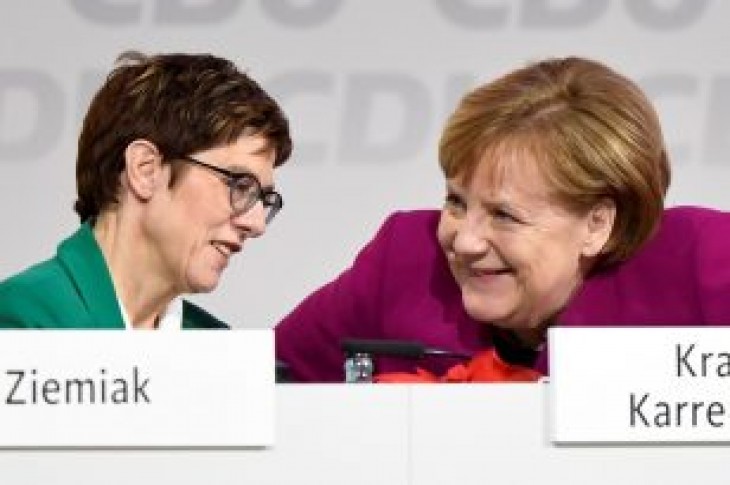 BRUSSELS (Reuters) – The center-right is set to remain the biggest group in the EU legislature after elections in May that should also show a surge in seats for the far-right, a survey by the European Parliament showed on Monday.

The German Christian Democrat CDU/CSU alliance led by Chancellor Angela Merkel would remain the biggest single party with 29 seats, but only just ahead of Italy’s League, the far-right group now in government in Rome.

Its 27 seats are a mark of how the elections will reflect a strengthening of nationalist sentiment against established pro-EU movements across Europe.

While traditional parties are set to retain a dominance that would allow a continuation of the broad centrist majority coalition that has tended to support legislation from the EU executive, gains of about 40 percent for radicals on the right, to 14 percent of seats, may introduce more policy uncertainty.

The European People’s Party (EPP), to which Merkel belongs, would take 183 of the 705 seats, or 26 percent, in the new chamber. That is down from 29 percent at present, according to the compilation of national polling data from the 27 member states. It was published by the assembly’s staff on Monday.

That would outstrip the 135 seats for the center-left Socialists and Democrats, whose share would drop six points to 19 percent, partly due to the loss of British seats after Brexit as the parliament slims down from a total of 751 seats.

Britain’s ruling Conservative party does not sit with the EPP. Their departure would hit the European Conservatives and Reformists, dropping that group from third place to fifth — although parliamentary officials also expect the voting to usher in a major reshuffle of alliances on the floor, making it difficult to forecast group alignments in the new chamber.

The two far-right eurosceptic groups among the eight in the current parliament would see their share rise to 14 percent from 10 percent, despite the loss of Brexit campaigners the UK Independence Party. That reflects gains for Italy’s League, adding 21 seats, Germany’s AfD, gaining 11, and Marine Le Pen’s French National Rally, which would add six seats if polls hold.

However, realignments of existing groups are likely after voting ends on May 26 and before the new parliament sits on July 2 as national parties seek allies that fit their policies and can leverage their strength with funding and committee posts.

Italy’s 5-Star movement, in government with the League, sits now with UKIP but has looked at joining groups further left in the chamber. The polls suggest it could gain eight seats to 22 in May, but those may not, in fact, bolster the far-right.

There are also question marks over the alignment of some 24 seats for Poland’s ruling Law and Justice party, often hostile to Brussels, as its ECR allies the British Conservatives depart.

Adding them to the centrist ALDE, home to some Macron allies and which shares Macron’s strongly pro-EU line, would give ALDE 93 seats, making it easily the third biggest bloc. But Macron has been wary of confirming which alliances he will make as he looks to use the May elections to resist eurosceptic forces.

One consequence of uncertainty over the make-up of the new parliament — which might also be upset by a delay to Brexit — could be delay in forming the new executive.

National leaders should nominate a successor to European Commission President Jean-Claude Juncker in late June. Lawmakers should then confirm the nominee in July so that a new Commission of nominees from all 27 member states is in place on Nov. 1.

Given the summer break, that is a fairly tight timetable. A demand by Parliament that leaders nominate a lead candidate from one of the winning parties could also cause more wrangling. Juncker and his team would stay on if there were such a delay. 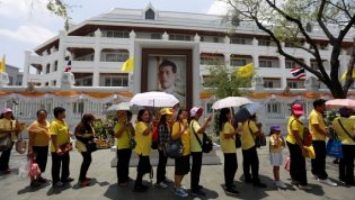