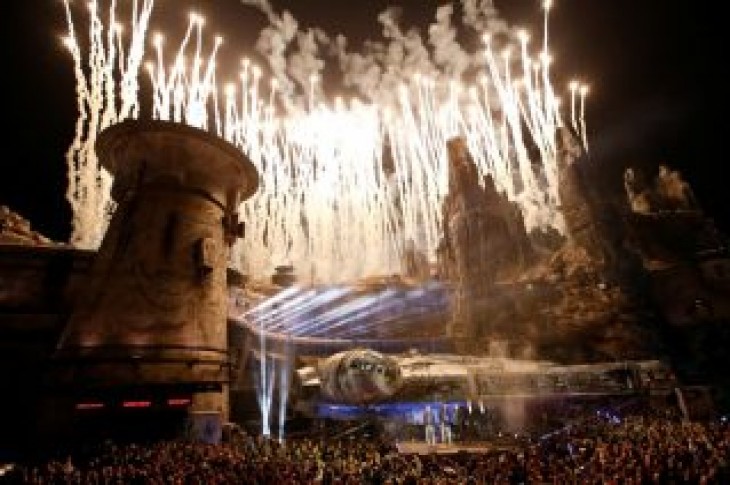 “Chewie, let’s fire up the Falcon!” Mark Hamill, the actor who played Luke Skywalker, said at an evening ceremony in the 14-acre area now called Star Wars: Galaxy’s Edge, which opens to the public on Friday.

The furry Wookiee had trouble starting the giant spaceship, prompting Han Solo actor Harrison Ford to surprise the crowd and offer an assist. Ford banged on the side of the ship and said “Peter, this one’s for you,” a shout-out to Peter Mayhew, the actor who played Chewbacca in five films and died in April.

Lucas created the “Star Wars” movie franchise in 1977 and sold it to Disney in 2012. He gave a strong endorsement to Galaxy’s Edge, which is set in Black Spire Outpost, a settlement on a planet called Batuu that appeared in “Star Wars” books but never on screen.

“You did a great job,” Lucas said to Iger. “It could have gone very bad but it didn’t.”

“This is amazing, something you couldn’t even have dreamed about 20 years ago,” Lucas added. “It will change your life.”

The land will offer visitors the chance to step into the Millennium Falcon’s cockpit and control a simulated flight.

Guests also can drink blue milk, eat space meat roasted by a spare pod-racing engine, and have a drink at an outer-space cantina.

Expectations run high from generations of fans, many of whom have waited 40 years since the original film to visit a real-world version of the galaxy far, far away.

“The goal was to be ambitious, really ambitious,” Iger said in an interview earlier on Wednesday. “To be bold, but not only bold in terms of scale, but in terms of detail, artistry, technology, and to make sure first and foremost that we are pleasing the most ardent ‘Star Wars’ fan.”

Disney also aims to appeal to a broad range of “Star Wars” admirers as well as people without any attachment to the space saga.

“We wanted to create something deeply immersive,” Iger said. “You actually walk through this land and you feel like you are on the outer edge of the galaxy,” he added.

A nearly identical version of Galaxy’s Edge is scheduled to open at Walt Disney World in Orlando, Florida, on Aug. 29.

Iger said it was “likely” Galaxy’s Edge would expand outside the United States but the company had not yet decided on future locations. 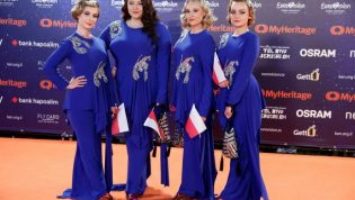 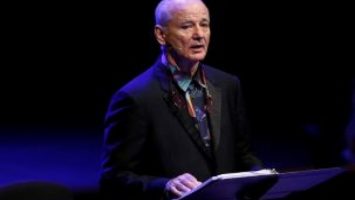