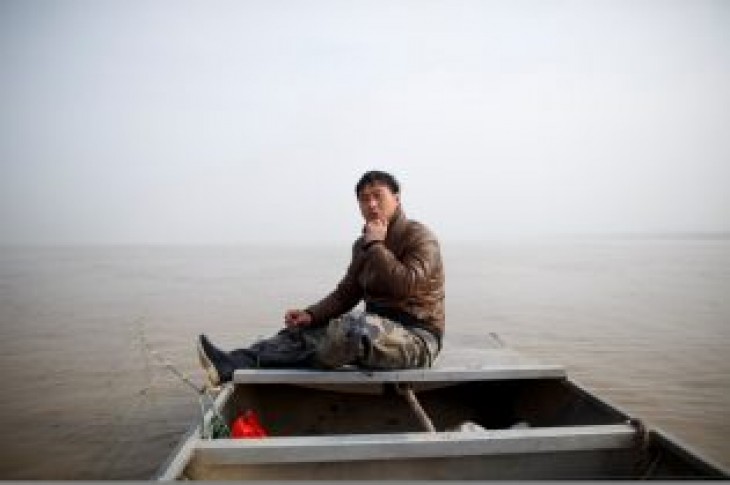 ZHENGZHOU, China (Reuters) – For the last decade, the city of Zhengzhou has been getting a taste of the Chinese dream.

Fueled by investment, including large subsidies from the central government in Beijing, the provincial capital of the inland province of Henan has boomed.

Once an impoverished city of 10 million set between the Yellow and Yangtze rivers, Zhengzhou now boasts a gleaming downtown skyline and a cascade of freeway overpasses. An upgraded rail network has helped turn the city into a logistics hub, linking China’s output with overland shipments to Europe as part of the Belt and Road initiative.

For many across Henan, a province of 100 million people, Zhenghzou has become a symbol of achievement and opportunity in China’s hinterland – a magnet for those leaving pig farms and wheat fields in search of better lives.

Personal incomes in Zhengzhou over the past decade have doubled on average, hitting 33,105 yuan ($4,791) last year. That has allowed many residents a taste of middle class life; consumer appliances, luxury goods and apartments of their own.

Automakers like GM, Honda and Nissan, and consumer brands like Christian Dior and Cartier, have taken note, betting that rising incomes in cities like Zhengzhou will open new and expanding markets for them.

But an economic slowdown that began in late 2018 appears to have accentuated uncertainties in the city. With momentum slowing across the board from real estate to the consumer and tech sectors, some here feel their chances of moving up the social ladder have diminished as the cost of living outpaces income growth. Once abundant opportunities now seem to be drying up.

Reuters reporters traveled to Zhengzhou in late 2018 and early 2019 to talk to dozens of business owners, consumers and people hoping to buy homes. Many expressed anxiety or doubts about their ability to hold on to or achieve the dreams of prosperity promised by President Xi Jinping.

These are three of their stories.

They indicate how hard it will be for China to build a new foundation for the economy of its future in inland provinces like Henan, and are a reality check for global retailers searching for lucrative new markets.

For as long as he can remember, Gong Tao wanted nothing more than to become an entrepreneur like his father.

A traveling salesman of Chinese calligraphy brushes, his father eked out a living crisscrossing Henan to provide for the family, while imbuing in Gong the value of hard work.

Fresh out of university, Gong set up a venture in Zhengzhou in 2014 to digitally etch photos onto metal prints for customers commemorating special occasions.

Two years later, and still only 24, he pivoted into the booming online economy, creating a start-up that helped clients design programs for WeChat, the ubiquitous Chinese social media platform.

Business was good, and buoyed by the frothy tech scene and government policies supporting entrepreneurs, Gong expanded aggressively, splashing out on office renovations and new furniture. He employed as many as 70 staff. But then a flood of cheaper competitors undercut his business just as the Chinese economy started slowing last year.

“We didn’t anticipate the market would fall off a cliff,” the soft-spoken Gong, now 26, told Reuters in a fast-food outlet in downtown Zhengzhou. He said he had drastically cut back spending on clothes and stopped eating out.

“For the whole of 2017, business was flourishing, things were pretty good, and then all of sudden in 2018 it was flatlining,” he said.

Last October, Gong took the advice of a mentor who suggested he wind up his business and wait out the downturn. He landed a sales job at a subsidiary of one of China’s largest e-commerce firms but swiftly became disillusioned with the monotony and low pay, and decided against returning to work after Chinese New Year in February.

Gong laments not buying an apartment before prices began to spike dramatically three years ago, even though prices have been easing recently, and the fact his relationship with his then girlfriend unraveled as his business did.

He hasn’t given up on his lifelong aspiration of running his own business, but says he needs to be realistic and is trying to come to terms with having to get a regular office job for now.

“The reality is very cruel,” he says.

With a telecommunications degree from a top Beijing university, a foothold in the Zhengzhou property market and marriage in the offing, all by the age of 26, Wu Shuang would normally be seen as a winner by many Chinese.

But in interviews, Wu described a relentless anxiety weighing on him and his peers in Zhengzhou.

The two-million-yuan apartment Wu bought in 2017 depleted most of his family’s savings and left him with over 8,000 yuan in monthly mortgage payments.

After quitting an office job at a state-owned company last year which he described as dull and badly-paid, he also had to shelve plans for opening a bar in Zhengzhou after his partners pulled out as a spending slump hit the city.

“It’s not just house prices, it’s not just that it’s hard to find a job,” said Wu, moon-faced with black-rimmed glasses. “Right now it feels like, because the economy is slowing, there are just a lot fewer opportunities.”

For many young people, the China dream of finding a prestigious job, getting married by a certain age and buying a home felt out of reach, he said.

As property prices soar, in particular, many are forced to rely on their parents financially well into adulthood, he said, a practice known as kenlao, or “gnawing on elders”.

Wu said his parents had helped with the deposit and monthly loan payments on the apartment he bought, an arrangement that makes him uneasy, especially as his parents are not wealthy.

“A lot of people feel powerless because those who are enjoying the good life, most of them are doing so not because of themselves, but because of their family,” Wu said over an iced coffee at a bustling cafe in Zhengdong, Zhengzhou’s new commercial district.

“Your salaries may not differ too much but because of your family background you may have a lot less choices in life.”

Further down China’s social ladder, many feel left behind and unable to improve their lives through just hard work.

For generations, the Suns plied their fishing boats up and down the Huai and Yellow Rivers, living off their daily catch. Like their grandfather and father before them, brothers Sun Genxi, 44, and Sun Lianxi, 32, were born on a fishing boat.

From their floating vantage point on the Yellow River, about an hour’s drive north of central Zhengzhou, they have gawped at the provincial capital’s dramatic development.

“These high-rise buildings have nothing to do with me. They’re for others, not me,” Lianxi says. “We don’t have any part in it.”

The Sun brothers had no fixed abode for most of their lives, dropping anchor wherever the best haul took them. About a decade ago, they settled by the Yellow River on the northern fringes of Zhengzhou, so Genxi’s eldest daughter could go to school.

They want their children to complete school, and the first to break from the long line of fishermen in their family.

“If you don’t study hard, my today is your tomorrow,” Genxi, who is illiterate, tells his daughter, now close to completing high school.

The Suns were owners of a large houseboat, enough to accommodate their clan of 17 spanning four generations under one weather-beaten roof. The boat also served as a floating restaurant, serving freshly braised fish to day-trippers cruising the Yellow River on the outskirts of Zhengzhou.

But as part of a broad-ranging environmental crackdown, local authorities in 2017 took over the houseboat in the name of minimizing water pollution and over-fishing.

The Suns now live in tents of tarpaulin and plastic sheets by a floating bridge on the banks of the Yellow River, reduced to fishing from a small dinghy.

“My dream is to have a place to live. My family can all live in the house and I can go work for others and stop fishing,” said Sun Lianxi.

“Now even having a life like that is a luxury.” 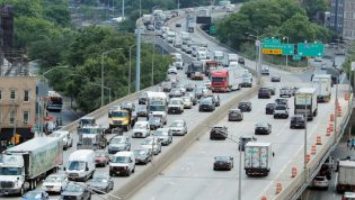