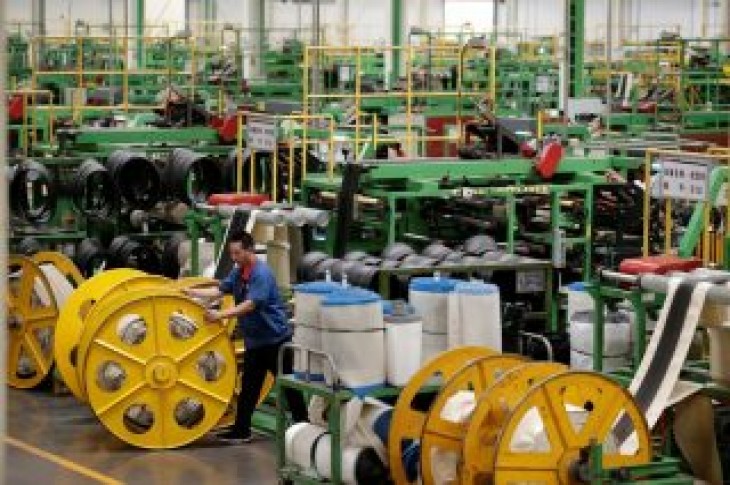 BEIJING, (Reuters) – China’s factory activity expanded at a steady but modest pace in May, as export orders bounced from a contraction, a private business survey showed, but the overall economic picture was mixed as output growth slipped and factory prices stalled.

The slightly better reading on manufacturing conditions is unlikely to allay growing fears about the impact on China from an escalating trade dispute with the United States. An official gauge on factory activity last week showed conditions deteriorating as both domestic and external demand slackened.

The Caixin/Markit Manufacturing Purchasing Managers’ Index (PMI) also showed only modest expansion at 50.2, unchanged from April, and above economists’ expectations of 50.0.

It marked the third-month the index has stayed above the neutral 50-mark dividing expansion from contraction on a monthly basis.

Growth of new orders picked up in May, although the rate of expansion remained marginal. Survey respondents attributed increased sales to stronger foreign demand and new product launches, with new export orders rising at its fastest pace since January after contracting in April.

Unlike China’s larger, official factory survey, the private gauge is mainly focused on small to mid-sized firms which are more export-oriented, exposing them to both disruptions from the months-long U.S.-China trade war and softening demand globally.

The Caixin survey showed factory output expanded at the slowest pace since January, and while some firms raised production due to higher new orders, others commented on relatively subdued demand conditions.

A considerable part of China’s economic support program has been aimed at keeping struggling smaller firms afloat, with Beijing particularly sensitive to any large-scale layoffs that could stoke social angst.

The survey showed companies continued to shed jobs in May for the second straight month to curb operating costs, following the first increase in hiring in nearly 5-1/2 years in March.

Most economists say Beijing will need to roll out more stimulus to support growth, with expectations centering on further cuts in the amount of cash banks hold as reserves and fiscal spending.

Last month’s sudden escalation of China’s trade dispute with the United States has further heightened fears of a steeper downturn for the world’s second-largest economy. With Washington slapping additional tariffs of up to 25% on $200 billion of Chinese goods, prompting Beijing to retaliate, financial markets have had a torrid time in the past month.

Over a one-year horizon, businesses were the least optimistic on production since the survey series began in April 2012 in May.

“The ongoing China-US trade dispute, restrictive state policies, a weak automotive market and generally subdued global demand conditions were all cited as key factors likely to weigh on production over the next year,” a statement accompanying the survey said. 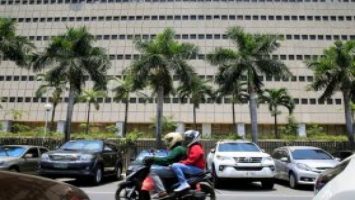