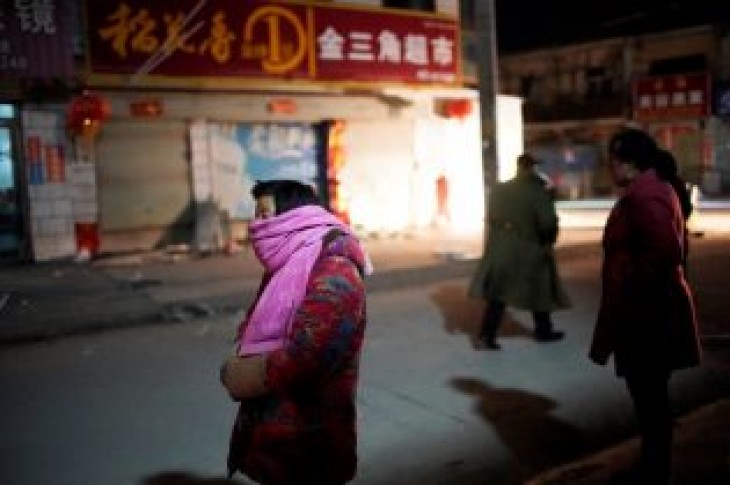 YANCHENG, China (Reuters) – Rescuers pulled a survivor from rubble early on Saturday in the wake of a massive explosion at a pesticide plant in eastern China that flattened buildings, blew out windows more than a mile away and killed at least 64 people.

Officials said more than two dozen people were still missing and hundreds had been injured in Thursday’s blast at the Chenjiagang Industrial Park in the city of Yancheng, in Jiangsu province on China’s east coast.

The cause of the explosion was under investigation, but an editorial in the China Daily newspaper speculated it was likely to be identified as “a serious accident caused by human negligence”.

The company, Tianjiayi Chemical Co – which produces more than 30 organic chemical compounds, some highly flammable – had been cited and fined for work safety violations in the past, the China Daily had reported.

At the Xiangshui People’s Hospital on Saturday morning, the ward corridors were filled with temporary beds for the wounded.

“I was just going to collect my wages when it blew up,” said a worker who identified himself as Zuo. His head was covered in bloody gauze.

The hospital was relying on dozens of unpaid volunteers.

“No one is thinking about how people will pay their medical bills at the moment – the priority is rescuing them and worrying about fees later,” said one volunteer surnamed Jiang, who was sent to help out at the hospital by his employers on Friday.

Public anger over safety standards has grown in China over industrial accidents, ranging from mining disasters to factory fires, that have marred three decades of swift economic growth.

In 2015, 165 people were killed in explosions at a chemical warehouse in the northern city of Tianjin, one of the world’s busiest ports, which is not far from the capital, Beijing.

Those blasts were big enough to be seen by satellites and register on earthquake sensors.

Despite repeated government pledges to tighten safety, disasters have hit chemical plants in particular, with 23 people killed in November in a series of blasts during the delivery of a flammable gas at a chemical maker.

After the blast in Yancheng, police, some wearing face masks, sealed off roads to what was left of the devastated, smoldering plant.

The explosion smashed windows in the village of Wangshang 2 km (1.2 miles) away. Stunned villagers likened it to an earthquake.

A provincial official told Reuters on Saturday the accident has shown that the market for dangerous chemicals has grown too quickly and production to meet demand has expanded too crudely.

President Xi Jinping, who is in Italy on a state visit, ordered all-out efforts to care for the injured and to “earnestly maintain social stability”, state television said.

Authorities must step up action to prevent such incidents and determine the cause of the blast as quickly as possible, Xi said.

“There has recently been a series of major accidents, and all places and relevant departments must fully learn the lessons from these,” the report cited Xi as saying.

Cheng Jie, an official with the environment bureau, told reporters the priority was to ensure contaminated water doesn’t leak into the public water supply system.

The Jiangsu environmental protection bureau said late on Friday that a team of 126 inspectors found various degrees of contamination in local water samples, with nitrobenzene concentrations exceeding standards at one location. 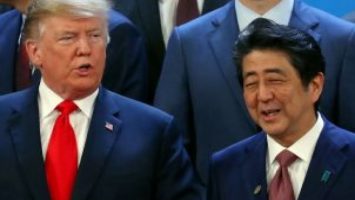 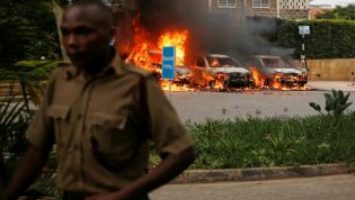