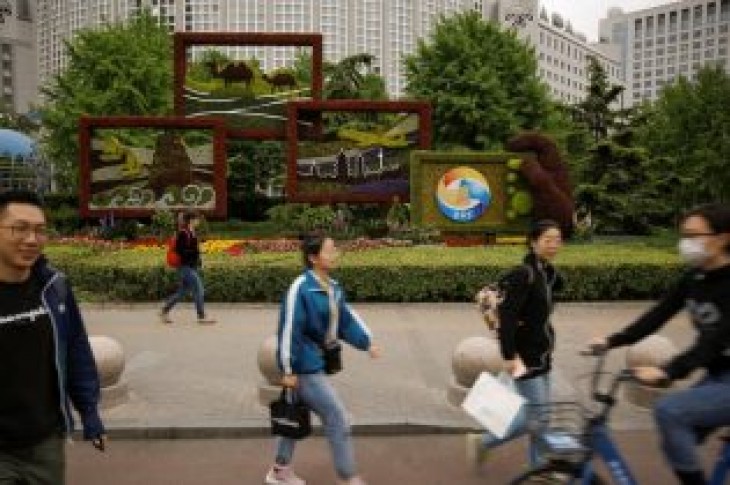 By Brenda Goh and Michael Martina

BEIJING (Reuters) – China is expected to promote a recalibrated version of its Belt and Road initiative at a summit of heads of state this week in Beijing, seeking to allay criticism that its flagship infrastructure policy fuels indebtedness and lacks transparency.

The policy championed by Chinese President Xi Jinping has become mired in controversy, with some partner nations bemoaning the high cost of projects. Western governments have tended to view it as a means to spread Chinese influence abroad, saddling poor countries with unsustainable debt.

While most of the initiative’s projects are ongoing, some have been caught up by changes in government in countries such as Malaysia and the Maldives. Projects that have been shelved for financial reasons include a power plant in Pakistan and an airport in Sierra Leone, and Beijing has in recent months had to rebuff critics by saying that not one country has been burdened with so-called “debt traps”.

Xi launched the Belt and Road initiative in 2013, and according to data from Refinitiv https://apac1.apps.cp.extranet.thomsonreuters.biz/Apps/BRI, the total value of projects in the scheme is at $3.67 trillion, spanning countries in Asia, Europe, Africa, Oceania and South America.

Visiting leaders will be headlined by Russia’s Vladimir Putin, as well as Prime Minister Imran Khan of Pakistan, a close China ally and among the biggest recipients of Belt and Road investment, and Prime Minister Giuseppe Conte of Italy, which recently became the first G7 country to sign on to the initiative.

The United States, which has not joined the Belt and Road, is expected to send only a lower-level delegation, and nobody from Washington.

Some Belt and Road projects “are going through a period of rationalization and evaluation,” said Li Lifan, deputy director general of the Centre for Belt and Road Initiative Studies at the government-backed Shanghai Academy of Social Sciences.

The summit “will be a time for reflection and to talk about the hopes for the future,” he told Reuters.

Industry insiders and diplomats say that there has been a shift in the way Beijing has been pushing Belt and Road overseas since the first such summit two years ago.

“The political part is handled by the foreign ministry now, not the National Development and Reform Commission (NDRC),” said a senior Western diplomat in China, referring to the country’s state planner which drafted the initiative’s official outline in 2015. That shift occurred last year, he said.

Other analysts said there was a noticeable change in China’s overseas efforts to market the policy in the second half of 2018. In an unusual move, at least 10 of China’s ambassadors and diplomats in countries such as Mexico and Kenya published letters in local media outlets to defend the initiative.

Wu Ken, China’s new ambassador in Germany, acknowledged in his first speech on the job that there were “deep doubts” about Belt and Road.

“I hope relevant people can overcome the ‘allergies’ they have towards the Belt and Road as soon as possible so China and Germany can cooperate to jointly tap the benefits from it,” he said earlier this month.

William Klein, minister counselor for political affairs at the U.S. embassy in Beijing, told a forum earlier this month that the United States continued to have concerns about the Belt and Road.

“These concerns, for example, are opaque financing practices, poor governance and a failure to adhere to internationally accepted norms and standards.”

Andrew Davenport, chief operating officer at Washington-based consultancy RWR Advisory, which has been tracking Belt and Road investment, said China has become more reactive in its positioning of the initiative since the last forum.

“It’s relatively clear that the Belt and Road narrative being put forward by Beijing over the past several months is designed to counter the criticism and push back,” he said.

While the number of foreign leaders due at the summit is up from 29 last time, the run-up to the event has been subdued compared with the 2017 meeting.

Two years ago, the weeks before the summit’s opening day were marked by a series of music and explanatory videos published by state media to advertise the Belt and Road initiative while the government announced the dates publicly roughly a month before.

There has been no such media blitz this year besides a handful of documentaries and advertisements, and Beijing only confirmed the dates last Friday, less than a week before the opening.

In events held to talk about Belt and Road before the summit, Chinese officials stressed that the initiative remained a “win-win” and an attractive opportunity for countries willing to become partners.

On Monday, NDRC official Xiao Weiming told a media briefing that Chinese companies had invested $90 billion in countries benefiting from Belt and Road and handed out between $200 billion-300 billion worth of loans between 2013 and 2018.

“The Belt and Road initiative is an open and inclusive idea,” he said. “As long as any country is willing to work with China, we will all have gardens along the Belt and Road.”

(Reporting by Brenda Goh and Michael Martina; Additional reporting by Cate Cadell and Ben Blanchard in Beijing, and John Ruwitch and Shanghai Newsroom; Editing by Tony Munroe and Raju Gopalakrishnan) 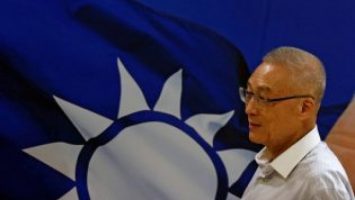 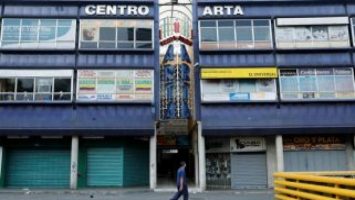