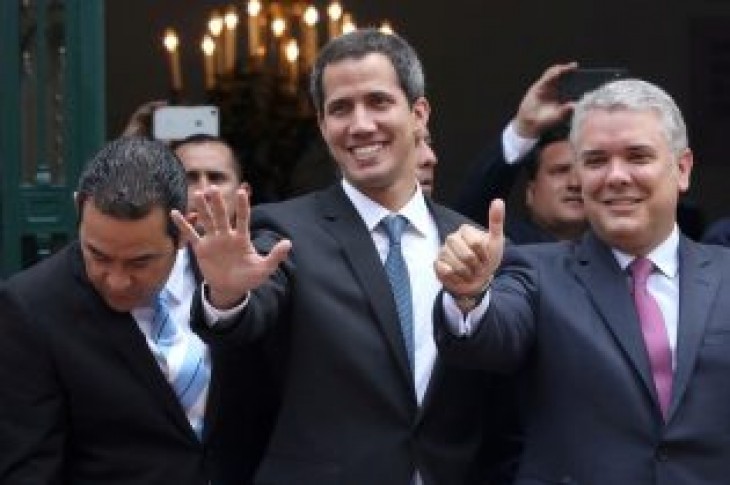 By Helen Murphy and Carlos Vargas

BOGOTA (Reuters) – Colombian President Ivan Duque’s tough stance on the crisis in neighboring Venezuela has helped boost his ratings from record lows, but sustaining his popularity and pushing through key legislation may prove elusive.

Since taking office in August with approval ratings in the mid-50s, the 42-year-old former senator saw his popularity dwindle during his first six months as a truculent Congress gutted his tax reform proposals and students filled the streets to protest a shortage of education funding.

Duque’s approval hit a low of 27.2 percent in November, according to an Invamer poll, plunging below even the levels reached by ex-presidents Ernesto Samper and Andres Pastrana, whose 1998 pledge to seek a peace accord with FARC rebels divided the nation.

Samper’s 1994 campaign received drug money from the Cali Cartel, but he has said he was unaware of the contributions and was cleared by Congress.

However, Duque’s strong public backing for removing Venezuelan President Nicolas Maduro, who he calls a dictator, helped to drive his ratings in January to 42.7 percent, Invamer said. Maduro has condemned meddling by foreign governments, especially the United States and Colombia, as an attempt to overthrow his socialist administration.

Duque also received a boost from his handling of a bomb attack by National Liberation Army (ELN) rebels that killed 22 police cadets in Bogota in January.

Now, a massive four-year $355 billion national development plan – which aims to lift 1.5 million Colombians out of poverty, reduce unemployment and boost growth – may test whether Duque has seen the worst or if he is on track to lead an early lame duck administration. Colombian presidents are limited to one term.

“The ratings boost is very short-term and external so if the government isn’t able to present a concrete social agenda with respect for human rights, then it’s very possible the trend will reverse again,” said opposition Green Party lower house representative Inti Asprilla, who sits on a commission debating the development plan.

Right-wing Duque has been hobbled by a razor-thin legislative majority since taking office, made worse by a cold shoulder from his own party as he has sought to show his independence from his powerful political mentor, former President Alvaro Uribe.

While Duque’s campaign pledge to stop special interest groups from trading support for favors was popular with voters – who call the practice “marmalade” because money and influence are spread around – it has left him struggling to exert influence.

His government shunned traditional deal-making that saw money and favors funneled to regional governments and lawmakers, and failed to foster political participation by awarding cabinet positions to other parties.

Poor communications resulted in his business-friendly tax reform proposal being diluted beyond recognition last year, with resistance including from his own Democratic Center party. His justice bill – which sought to make fixed terms for the attorney general among other things – was scrapped and his pension reform delayed until next year.

The national development plan is already being watered down. In response to widespread criticism, Duque last week ditched clauses that increased energy prices for the middle class and boosted health and pension costs for independent workers.

“Duque’s government hasn’t done what one would hope for, it has not had a good start,” said ruling coalition Senator Armando Benedetti of the U Party, adding that the “development plan” that was presented was a way to introduce taxes affecting the middle and lower classes.

Many fear the bill will be gutted like the tax reform.

Duque’s supporters say that his first months in office have been marked by the inevitable cost of changing the way politics is conducted in a very divided nation.

“Duque hasn’t fallen into the trap of playing politics, of engaging in bribery, of negotiating posts or contracts to support initiatives,” said ruling coalition Senator Jhon Milton Rodriguez. “That’s obviously a complete change in the way of working and has created difficulties.”

If Maduro is ousted in the coming months and democracy returns to the OPEC nation, Duque will certainly benefit, but the outcome is mostly beyond his control, say observers.

Border troops loyal to Maduro fired rubber bullets and tear gas to block humanitarian aid from crossing into Venezuela at the weekend.

Even though the effort failed, it made Duque look strong, say analysts. But if Maduro remains firmly in office, Duque may suffer again.

Even with higher ratings, Duque faces a tall order. The massive exodus of migrants crossing into Colombia from crisis-wracked Venezuela has put huge strains on the economy, while a jump in cocaine output has boosted violence.

Limited to just one four-year term, Duque will need to maintain his poll numbers or risk seeing the right-wing coalition lose the presidency in 2022 to someone like hard-leftist Gustavo Petro, a close runner-up in the last election.

“He has a very big challenge ahead of him.” 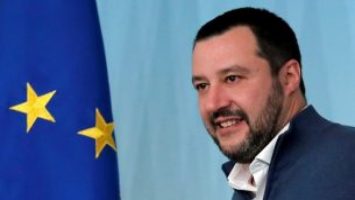