More nations appear to be starting to see the folly of fiat currency. With growing calls for gold-backed currencies for international settlement, there may be an opportunity for Bitcoin to facilitate trade deals with far less manipulation than possible when using national currencies.

Evidence is mounting that countries are more distrusting of one another and in particular of the US dollar and its potential for manipulation. This is driving nations to seek out alternatives.

Is Global Settlement Currency the End Game for Bitcoin?

As NewsBTC covered recently, the Malaysian Prime Minister has advocated a gold-backed currency for use between East Asian trading partners. The leader argued that the current use of national currencies left room for manipulation by Forex traders. This can have disastrous impacts on economies, even when said economy has been growing.

Earlier today, Max Keiser and Stacy Herbert appeared on RT’s Keiser Report to discuss the Malaysian Prime Minister’s proposals. The two argued that the current system of using a fiat currency for international settlement was indeed flawed and that a sounder (less prone to manipulation) form of money, like gold or Bitcoin would be preferable:

“The reason why gold works is because it’s trustless. You don’t have to trust that someone is printing up a whole bunch of money.”

Herbert then went on to state that distrust was growing around the globe and that nations like China, Malaysia, Turkey, Russia, and others were stockpiling gold in order to reduce dependence on the dollar. With nations finding it more difficult to trust one another, a fair “yardstick” is needed to measure each nations’ performance.

Given that Bitcoin offers an even sounder monetary policy than gold – it is issued at a consistent rate and has a total supply that is actually known – this growing distrust amongst nations and what Herbert describes as a deglobalization movement around the world could also create an opportunity for Bitcoin to be used in international settlement.

After all, gold has some limitations that make it ill-suited for the digital age. With information being able to travel around the world almost instantly, surely value needs to as well. Gold is hideously expensive to transfer, store, and protect. Compare this to Bitcoin and the perks of crypto assets become clear.

Given that the US seems hell-bent on normalizing the quantitative easing (printing money) that was originally introduced as a temporary measure, there is good reason for the growing disillusionment with the US dollar.

Keiser went as far as to call the US dollar a “hyper-inflated bubble” thanks to the Federal Reserve’s reliance on printing its way out of issues. His guest, Alasdair Macleod, of GoldMoney.com, rather poetically referred to the policy as the “last refuge of the scoundrel” and that it was the only weapon available to central banks, even if it didn’t work:

“The idea that you can rescue an economy by debasing wealth is absolute lunacy.”

With tensions between the US and China still high with regards to the ongoing trade war, there seems little to suggest that efforts to de-dollarise around the world will stop anytime soon.

Keiser believes that the dollar’s demise is inevitable at this point and that its pending crash will see a huge influx of capital into safe-haven assets, such as gold, and perhaps even Bitcoin too.

The post Could Growing Global Distrust be a Boon For Bitcoin (BTC)? appeared first on NewsBTC. 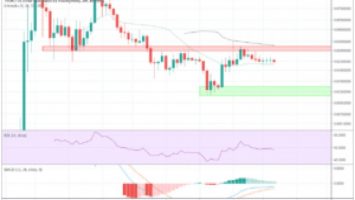