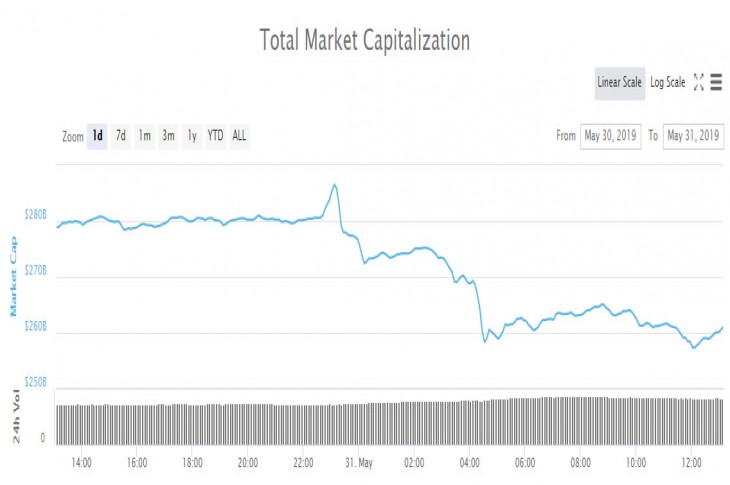 Following another 2019 high, Bitcoin and crypto markets are dumping this Friday as the red hot momentum could not be sustained. Wider fears of a larger correction are sending prices south at the moment as markets shed over $28 billion falling back below $260 billion total capitalization.

Bitcoin finally broke the $9k barrier a few hours ago when it touched $9,100 on Tradingview.com. That must have triggered a wave of automated sell signals that sent BTC plunging $600 in less than an hour. The rout did not stop there and Bitcoin fell all the way back to $8k before recovering slightly over the past couple of hours.

Ethereum, which is still painfully tied to the movements of Bitcoin, dumped 10 percent to send it back to $250 before a slight recovery and temporary stabilization just above it. A dump usually follows a new high so none of this has been unexpected.

The move has sent the usual cascade effect across the rest of the crypto markets. A sea of red can be seen during Asian trading today as the top ten altcoins get dumped. Following its manipulated pump yesterday Bitcoin SV is suffering the greatest dumping 20 percent back to $185 today. Its brother, Bitcoin Cash, is also in pain with a ten percent slide to $420. EOS could not escape despite a Coinbase listing as it too lost 8 percent on the day falling back to $7.40. The rest are shedding a similar amount at the moment.

Top twenty losses are even more painful with Cardano, Tron, IOTA, Tezos and NEO all losing between 10 and 12 percent on the day. Only Cosmos has survived with a 6 percent pump to $5.50 through no obvious fundamental reason.

It is hard to find fomo when markets are bleeding but there is always one altcoin topping the top one hundred. Japan’s Monacoin is today’s big performer with a 20 percent pump to $1.30. There is nothing in the news to suggest why the Japanese are loading up on this one at the moment. Maximine Coin and Bytecoin are the only two other altcoins in double digits, making 10 percent each.

The two Bitcoin offshoots, Bitcoin Diamond and SV are bleeding out the most today with losses of around 20 percent each.

From a new 2019 and ten month high of $286 billion total market cap has hemorrhaged $29 billion to fall back to $257 billion. It is currently back over $260 billion, which is still up on the week, but further declines could be on the cards over the weekend. Bitcoin dominance is back over 56 percent as a result of the altcoin avalanche. 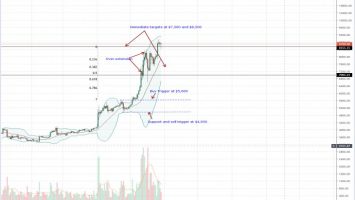 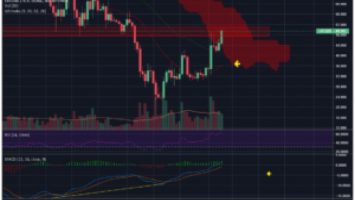