The next bout in the ongoing Bitcoin versus gold debate looks set to take place on the home-court of advocates of the shiny precious metal. A CEO from a crypto asset investment firm will be speaking later this month at a large event held for those wanting to invest in the traditional mining industry.

The drawing of similarities between the two asset classes is nothing new. However, recent efforts by Grayscale Investments have intensified the debate over which is better suited as a store of value.

Bitcoin Vs Gold: The Debate Continues

The world’s most popular crypto asset by market capitalisation will be represented this year at the third annual Mining Investment Europe event held in Frankfurt, Germany later this month. Whereas the event typically focuses on global investment opportunities related to the traditional mining industry, this year, crypto will have a platform too.

Swinging for Bitcoin’s corner will be Patrick Lowry, the CEO and Managing Partner of Iconic Holding, a crypto asset management firm that was founded in early 2017 and is apparently “the world’s first decentralized venture capital group.” Previously, Lowry was an auditor at PwC and has experience in venture capital investments and private equity.

According to a Twitter post, from a division of Iconic Holding, Lowry’s presentation will be titled “Why Bitcoin is the New Digital Gold.”

Join our CEO Patrick Lowry @IconiqPat at the opening keynote 'Why #Bitcoin Is The New Digital Gold' at the Mining Investment Europe Conference @MiningTech1 in #Frankfurt, 16th-18th June!https://t.co/BHdbaw5qIo pic.twitter.com/9ocQRWXyFl

Joining Lowry over the course of the weekend of the 18th to the 19th of June will be names more typical for a precious metals and resource mining investor conference. Representatives from the World Gold Council, the Swiss Mining Club, the Australian Government, and other companies and institutions focused on mining investments will be joining Lowry to present at the event.

Recently the debate between gold bugs and crypto fanatics over whether Bitcoin or gold is a better store of value has stepped up a notch making Lowry’s appearance all the more relevant. Grayscale Investments has been running an advertising campaign using the hashtag #DropGold to try to turn investors onto the emerging asset class. The crypto asset fund is hoping to convince gold bugs take up positions in Bitcoin since it offers many advantages over the traditional store of value asset – it’s portable, easy to store, easy to transact with, and completely uncorrelated to any other market.

The main reasoning behind the argument that Bitcoin is a more efficient version of gold for the digital age is down to its entirely known and regular supply. Gold has long been favoured as a suitable form of money due to its relative natural scarcity and how difficult it is to counterfeit. However, there is theoretically no limit to the amount of gold in the universe and advances in technology will certainly mean that human can mine deeper and explore further into the solar system in the coming years. Finding a huge amount of gold, like the vast quantities known about out of reach of current mining tech, would crash the market instantly.

Meanwhile, Bitcoin’s supply is one of the rules of its network and these rules are enforced by the most powerful network of computers ever. It is this fact that has so many Austrian economists excited about the asset’s future. Hopefully, with Grayscale and Lowry’s help, a few more gold bugs will get onside too. 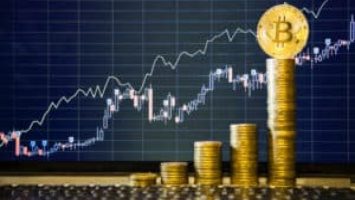