Overnight last night, Bitcoin price made another strong bullish advance through resistance at $5,400, following a massive crypto rally earlier in the month that set the bullish tone for the rest of the month’s price action. While Bitcoin is more bullish than it’s been since its all-time high of $20,000 back in December 2017, altcoins, which had been experiencing massive gains in price over the last few months, have suddenly turned extremely bearish.

Across social media, crypto analysts are issuing warnings on how to handle altcoin investments in the face of renewed bearish sentiment, and offer insight into what this means for the rest of the crypto market.

While Bitcoin’s first large movement through resistance at $4,200 that resulted in a nearly $1,000 upward movement over the course of an hour brought altcoins along with it for the ride, this most recent move has caused an increasing amount of bearish sentiment surrounding Bitcoin’s crypto cousins.

Many altcoins are still posting small percentage gains across the board in USD value, though nearly the entire market in value relative to Bitcoin has sank considerably. Any alts that only have a trading pair with BTC were hit exceptionally hard. Nano, Tezos, and a few other outliers managed to grow in relation to BTC value, however the rest of the market is a sea of red.

The good thing about alts nuking is that the next alt season is going to be that much sweeter.
Just let them go down 30-50% more and then stuff your bags and you'll be just fine for the next round.
On top of that as long as they nuke holding BTC longs is way comfier.

One particular crypto analyst, DonAlt, in a tweet hinted at the downside potential for altcoins as falling as much as “30-50%” as Bitcoin rallies further. The trader says that alts “nuking” is a “good thing” as it’ll make the next alt season “that much sweeter.”

Some altcoins, such as Ethereum and Ripple, have underperformed relative to Bitcoin over the last few months. If Ripple fell another 30-50% from here, it’d set new bear market lows, as Bitcoin enters what could be the start of a bull run.

Another prominent trader has recommended that crypto investors cease “buying the dip” across altcoins, and instead suggests that traders sell each bounce at support.

In an EOS chart accompanying the tweet, support is clearly shown as being broken. And each time support broke previously on the chart, resulted in a deep decline for EOS. While the exact price action won’t play out across all altcoins, many charts do appear similar in structure, and often the entire altcoin market moves in parity.

For a few weeks there, crypto analysts were watching Bitcoin dominance for a break below 50% which could have sparked an all-out altcoin season, while Bitcoin consolidated further. Instead, BTC dominance rebounded and is currently sitting at 53.5% which is responsible for the bleeding witnessed across the altcoin space.

If DonAlt is right about the next altcoin season being that much sweeter due to the impending decline across the alt space, further accumulation at the bottom of the coming range could end up being a profitable investment for the long term as crypto markets begin to build hype once again. 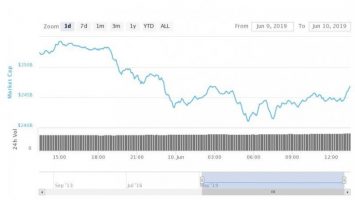 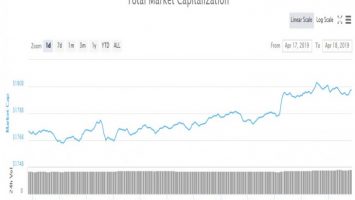