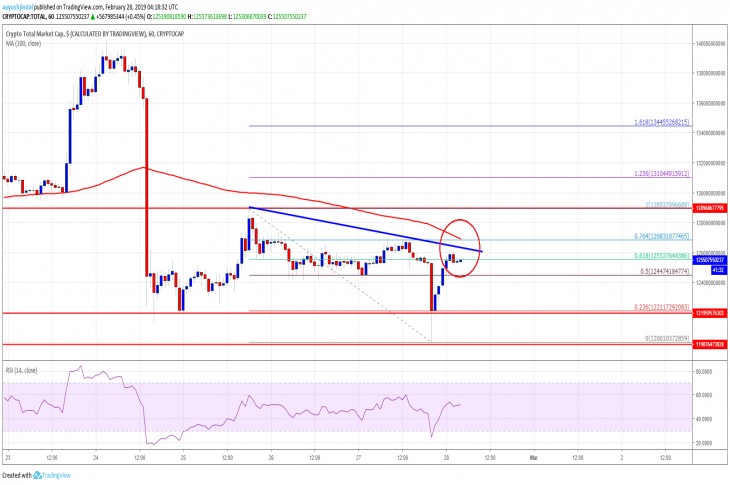 The crypto market recovered sharply after a strong sell-off. Bitcoin (BTC), BCH, Ethereum, EOS, ripple, stellar (XLM), tron (TRX) and other major altcoins could recover further in the near term.

The price is currently trading nicely above the $132 level, with an immediate resistance near the $135 level. A break above the $135 resistance could trigger more gains towards the $140 level. On the downside, an initial support is at $130, below which it could revisit the $125 support.

EOS price corrected more than 50% of its recent gains and traded below the $2.80 support. The price even broke the $3.50 support recently, but it later bounced back. At the moment, the price is trading above the $3.55 level and it may continue to move higher towards the $3.60 and $3.65 resistance levels. The main support on the downside is near the $3.50 level.

Stellar price formed a support base above the $0.0820 level and it recently recovered. XLM price is currently trading above $0.0850 and it seems like it may correct further higher towards the $0.0900 resistance level.

Tron price is following a declining structure and it even broke the $0.0240 support level. TRX recovered and it is currently trading just above $0.0240. However, there are many hurdles on the upside near the $0.0245 and $0.0248 levels.

Looking at the total cryptocurrency market cap hourly chart, there was a failure near the $128.8B level, resulting in a sharp decline. The market cap declined to a new weekly low and broke the $121.0B support. However, the $120.0B level acted as a strong support, resulting in a sharp bounce above the $122.0B and $124.0B levels. At the outset, there is a bearish trend line positioned at $126.0B, above which there could be a recovery towards the $128.8B level. Therefore, there are chances of a short-term rebound in bitcoin, Ethereum, EOS, ripple, LTC, bitcoin cash, XLM, TRX, and other altcoins in the near term. 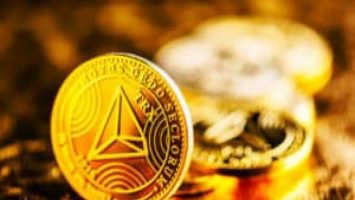 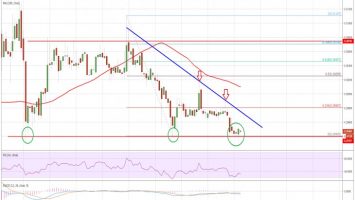