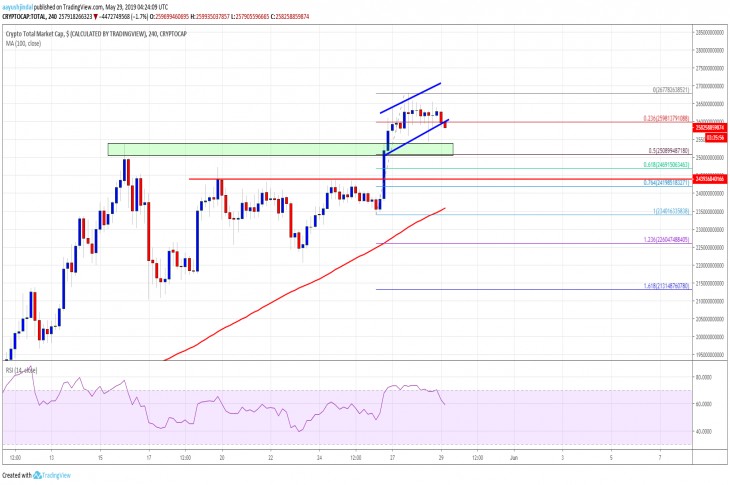 After a decent upward move, bitcoin cash price failed to gain momentum above the $445 and $450 resistance levels against the US Dollar. The BCH/USD pair started a downside correction and broke the $440 and $430 support levels. The pair is now testing the $425 level and it could even test the $420 support area.

Looking at the total cryptocurrency market cap hourly chart, a downside correction was initiated from the $267.7B swing high. The market cap declined below the $265.0B support and an ascending channel support on the same chart. However, there are many important supports on the downside near the $255.0B and $250.0B levels. As long as the market cap is above the $250.0B support, there could be a fresh increase in bitcoin, Ethereum, EOS, litecoin, ripple, binance coin, BCH, TRX, XMR, XLM and other altcoins in the near term. If not, there might be more downsides towards the $242.0B support area.