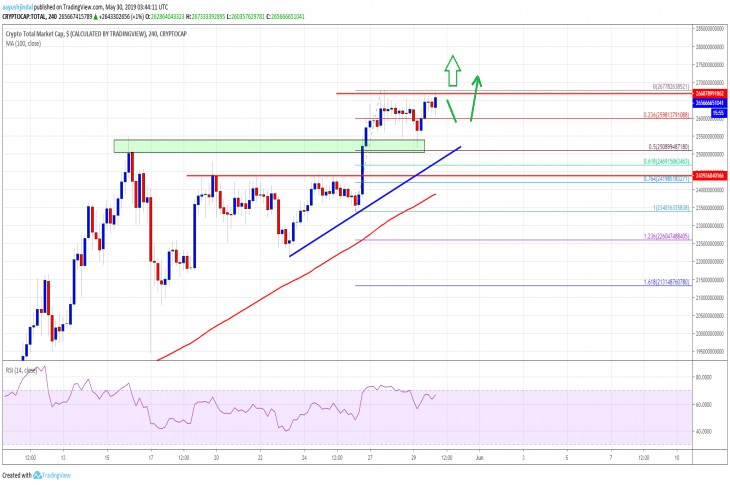 After a short term downside correction, bitcoin cash price found support near the $420 level against the US Dollar. The BCH/USD pair started a fresh increase and climbed above the key $440 and $445 resistance levels. The pair even broke the main $450 resistance and traded above $460.

The price is up more than 10% and it might continue to rise towards the $475 and $480 resistance levels. The next key barrier for the bulls is near the $500 handle.

There was a sharp increase in bitcoin SV in the past two sessions. BSV price is up more than 100% and it broke many important hurdles such as $180 and $200. The price is currently trading above $220 and it might continue to climb towards the $250 resistance area.

Looking at the total cryptocurrency market cap 4-hours chart, there was a sharp dip below the $260.0B level. However, the $255.0B support area acted as a strong barrier. As a result, the market cap bounced back above the $260.0B level. It is currently testing the $268.0B resistance level and it seems like there could be an upside break in the near term. The next key resistances are near $275.0B and $280.0. If there is an upside break, there are chances of strong gains in bitcoin, Ethereum, ADA, ripple, tron, XLM, ADA, BNB, ICX, BCH, EOS, and other altcoins in the next few hours. 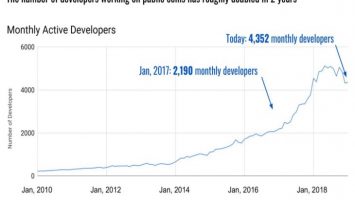