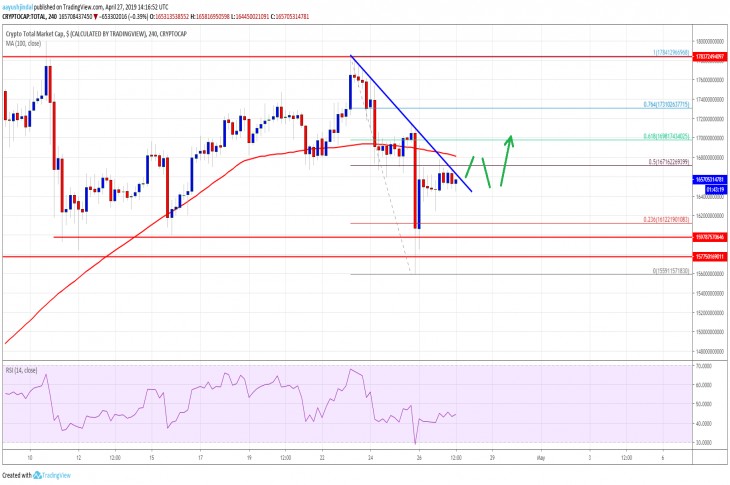 The crypto market cap is likely to recover along with bitcoin (BTC) and Ethereum (ETH). BCH, stellar (XLM), ADA, EOS, ripple and tron (TRX) could correct higher in the short term.

Bitcoin cash price declined heavily in the past three days after it settled below the $300 support against the US Dollar. The BCH/USD pair broke the $290 and $280 support levels. It even tested the $260 support and currently consolidating gains above the $260 level.

On the upside, the $270 level may act as a strong resistance, above which the price is likely to climb above the $275 level in the near term.

Tron price remained in a strong downtrend below the $0.0250 support level. TRX price broke the $0.0240 support and recently traded close to the $0.0225 level. It is currently correcting higher and it may perhaps test the $0.0245 resistance.

Looking at the total cryptocurrency market cap hourly chart, there was a strong rebound from the $158.0B and $160.0B support levels. The market cap is now above the $164.0B level and it is likely to break a crucial bearish trend line with resistance at $166.0B. A successful close above the $166.0B and $167.0B resistance levels may open the doors for more upsides. The next key resistance is at $170.0B, where sellers may emerge. On the other hand, a failure to clear the $167.0B resistance might trigger bearish moves in the near term. Overall, there are high chances of a strong recovery in bitcoin, Ethereum, EOS, ripple, litecoin, bitcoin cash, XLM, TRX, WAN, WTC, ICX, and other altcoins in the near term. 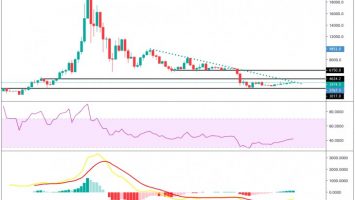