Monday morning is bringing renewed jubilation to crypto traders and investors as markets surge once again. Bitcoin is in the driving seat with a massive spike sending it to 12 month highs and total market capitalization has also reached a new 2019 and ten month peak.

After lulling around the $7,950 level for most of last week Bitcoin took off again a few hours ago. A dump down to $7,500 on Thursday did not last long as the king of crypto rapidly recovered back to resistance at $8k. From there it powered up to just above $8,900 in a 12 percent pump. Currently trading at just above $8,700, BTC is on a roll right now and analysts are predicting a move to the mid $9,000s.

Ethereum enjoyed the run adding 7 percent itself to reach $270 before dropping back slightly. Daily ETH volume is back over $10 billion which could send the second largest crypto asset in the world up to $300 in no time.

The top ten is a wall of green as altcoins make big gains today. Leading the pack is Litecoin adding to its weekend rally and pumping a further 11 percent to reach $114, its highest price since June 2018. Bitcoin Cash and EOS are also going strong with over 9 percent each to reach $439 and $6.92 respectively. XRP, Stellar and Cardano have made around 7 percent each.

In the top twenty Bitcoin SV is ahead with a huge move of 18 percent taking it to $108. Tron has had another mystery shill from Justin Sun which has caused a 14 percent surge.

Something huge and amazing going about #TRON and #BitTorrent. I will share with you after June 1. I think I have 70% to win and nail it. Fingers crossed! $TRX $BTT

Monero and Tezos have added 8 percent while Dash, Ethereum Classic and NEM are up over 7 percent.

The fomo is pretty much everywhere today but MXM is getting more than most with a 40 percent pump. There doesn’t appear to be anything fundamental driving this altcoin at the moment. Sun’s tweet has also driven BitTorrent token which is cranking 32 percent at the moment. Dent is the third best performer in the top one hundred at the time of writing with a 24 percent gain.

When markets are on fire it is harder to find big dumps but as usual Aurora does not disappoint getting smashed by 30 percent today. The Binance pumped Theta Fuel is also dumping today as it loses 16 percent.

Total crypto market capitalization has jumped by a whopping $25 billion, or 10 percent, from low to high over the past 24 hours. It is currently just below $270 billion which is the highest amount of money invested in digital assets for ten months. Daily volume has cranked 50 percent to reach $90 billion again and Bitcoin’s dominance is back over 57 percent as it commands the markets today. 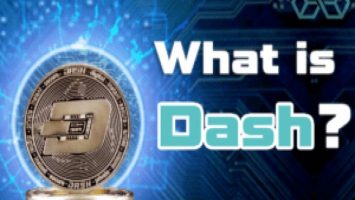 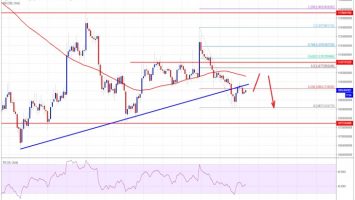