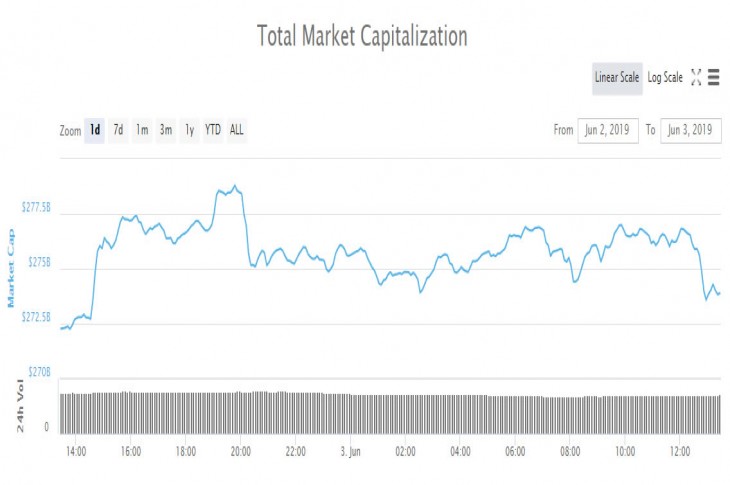 The weekend has seen gains on crypto markets as another correction gets quashed. Friday’s big $25 billion dump did not extend into the weekend and things started to recover pretty quickly. Total market capitalization climbed above $270 billion again and the longer term uptrend is still going strong.

Bitcoin reached an intraday high late Sunday when it made it just above $8,800. Since then BTC retreated to $8,700 where it has spent most of the past day. A fall back to $8,600 has left it level on the day as the prospects of further losses mount.

Ethereum has remained flat on the day with virtually no movement. ETH is just under $270 at the time of writing and is likely to mimic whatever Bitcoin does in the next few hours, a move back to support at $250 is looking more likely.

There are only a couple of altcoins moving in the top ten at the time of writing. XRP has lifted itself up 4 percent or so to reach $0.448 and Bitcoin SV appears to be having another manipulated pump as it surges 17 percent. BSV is currently at $218 but considering how it got there leaves little confidence in this one.  Not a lot is going on with the rest of them aside from EOS which has dumped 5 percent failing to get any fomo from the weekend B1 event.

The top twenty also only has a couple of coins on the move. Cosmos is one of them as ATOM gets an 11 percent spike and Ethereum Classic is the other as it makes around 4 percent. Tron is following EOS and losing 5 percent but the rest are pretty flat on the day.

Today’s dose of fomo is going to ETP which has jumped 18 percent in the past few hours. Most of the trade is going on at RightBTC and there doesn’t appear to be much driving it. BSV as mentioned is getting pumped again and Maximine Coin is back up there with another 15 percent spike.

There are no big dumps going on at the moment as markets remain in consolidation mode. Those at the bottom of the performance pile for the top one hundred include Aion and Mixin dropping 7-8 percent each.

Total crypto market capitalization is currently at $272 billion which is back to where it was this time yesterday. Aside from Friday’s up and down, crypto markets have been pretty sideways all week and are where they were again last Monday. A Bitcoin correction could be imminent as red starts to seep in to the markets on Monday.

The post Crypto Market Wrap: Is a Red Monday About to Intensify? appeared first on NewsBTC. 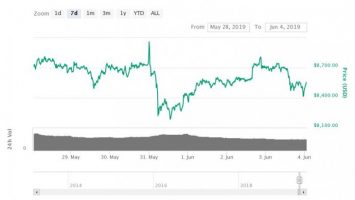 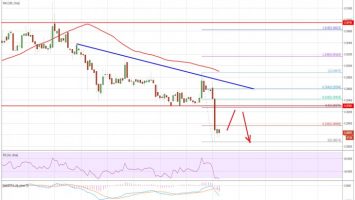