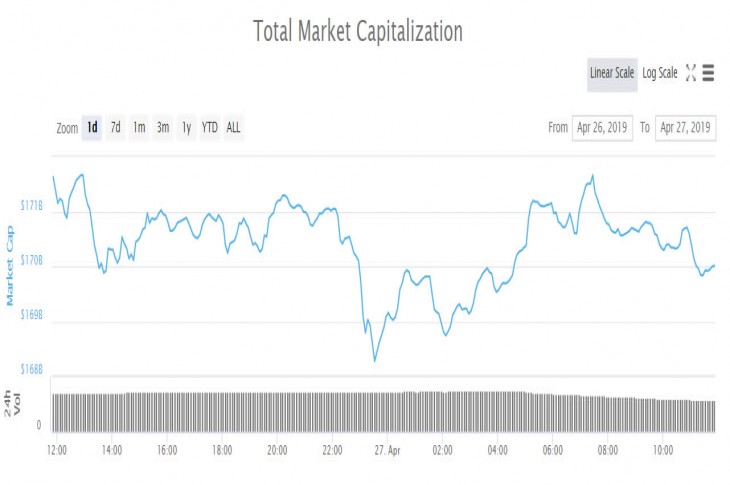 Crypto markets pulling back; Altcoins are mixed, Bitcoin and Ethereum cooling off, Tezos on a roll.

Crypto markets have continued to fall as we enter the weekend. There has been no bounce back following the Bitfinex and Tether induced dump a couple of days ago and total market capitalization is holding around $170 billion.

Bitcoin has continued to fall since posting its weekly high of $5,650 on Wednesday. BTC is currently down 1.3 percent on the day to $5,240 and it is looking weaker. A fall through $5,200 could see things turn south fast sending Bitcoin back to the mid-$4,000s.

Ethereum has fared worse since the big dump at the end of the week and is still floating around $156. It too is holding precariously on to support and could fall faster if it is broken over the next day or two. Ripple has been selling XRP tokens as the supply has increased. XRP has now fallen back below $0.30 and continues to weaken.

The top ten is mostly in decline during today’s Asian trading session. Binance Coin has lost the most at 3 percent and Bitcoin Cash is not far behind falling back to $263. The rest have not moved much since Thursday’s big drop.

The top twenty conversely has a bit more green in it as altcoins slowly recover a little. Tezos is back on a charge with over 10 percent added over the past 24 hours taking it to $1.23. The recent Cycle 100 meetup could be driving momentum. Ontology is also doing better today with 5 percent gained and the rest are adding a percent or two back from recent losses.

Today’s top one hundred champion is DGD once again as a 30 percent pump returns the gold based token to $33. Binance has almost 80 percent share of the trade volume which has surged to $10 million. There have been rumours of a large investment group recommending DigixDAO to their clients but nothing confirmed.

Maximine Coin is having another pump with 22 percent added on the day and WAX is the third altcoin getting a double digit boost at the moment. There are no massive dumps going on right now but the worst performing altcoins in the top one hundred include Zcoin, Nano and Aelf all dropping 5 – 6 percent.

Total crypto market capitalization is holding at $170 billion. Things have not moved much over the past 24 hours which is good news in a way as the impact of the Bitfinex and Tether news has been minimal. Since the same time last Saturday crypto markets are $10 billion lighter however they are still range bound and more consolidation is expected providing Bitcoin does not fall through support. 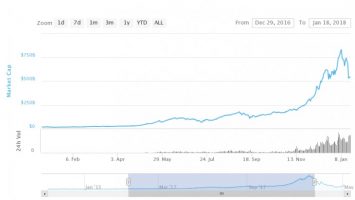 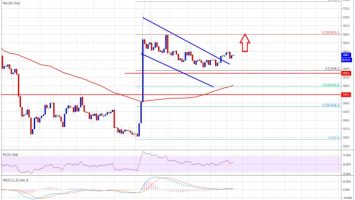