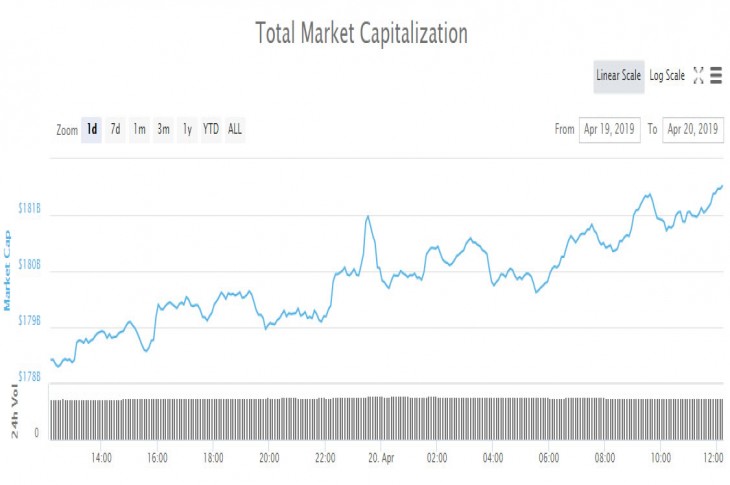 Crypto markets are marching slowly and steadily higher as another weekend unfolds. Total market capitalization is back over $180 billion again as it approaches the previous high for 2019. A break above resistance for the major cryptos will send cap to $200 billion pretty quickly and it could come over the next day or two.

Bitcoin has climbed a further 1.5% since the same time yesterday as it reaches its highest price for the past 24 hours at $5,330. All signals are that BTC will retest its 2019 high of $5,400 and analysts are confident that resistance here will be broken soon.

Ethereum is up by a similar amount as it returns to $175. The ETH chart has mirrored Bitcoin’s but does not seem to have the same level of momentum driving it. Ethereum has made over 5% since last weekend but gains have been slow going.

The top ten is all in the green during today’s Asian trading session but Binance Coin is running away with it again. BNB has reached a new all-time high at $24.80 as the Binance Chain mainnet gets rolled out and the token swap countdown begins. The crypto giant has been flexing its muscles lately and appears to be an unstoppable force at the moment. Since the beginning of the year BNB has made an epic 300%.

In the past 24-hours, #BNB surged by 11.2% against the US dollar and hit $24.77 following the highly anticipated launch of the #Binance Chain mainnet, recording a staggering 309% gain year-to-date. pic.twitter.com/sYRzXwXJJi

Bitcoin Cash is up 3.5% as it climbs above $307 but the rest have only made marginal movements over the past 24 hours. In the top twenty there is also not much going on but Monero has made the most as it reaches $70.

FOMO: Ravencoin Ramps it Up

Today’s fomo spike is going to RVN which has pumped 16% with daily volume surging to $45 million. There does not appear to be anything fundamentally driving today’s pump which means it will probably dump tomorrow. Waltonchain is also on a roll at the moment with a 13% gain and Enjin Coin is close behind adding 12% today.

There are no big dumps occurring today but at the bottom of the one hundred largest cryptocurrencies at the moment is Bitcoin Gold dropping 3.5 percent.

Total crypto market capitalization is at $181 billion after adding $3 billion over the past 24 hours. Progress is slow and steady and markets are almost back to their 2019 high points. Daily volume remains healthy at $44 billion but Bitcoin dominance has dropped back below 52 percent again. Since the same time last week crypto markets have made 4 percent and are now less than $5 billion away from their highest level of the year. 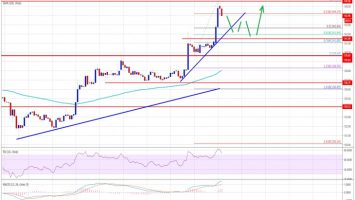