When Bitcoin was first brought to the table, it was a revolution in crypto and programming. Satoshi Nakamoto proposed the first digital asset that was decentralized, codable, and not tied to any traditional asset.

Since then, many entrepreneurs and technologists have tried to use Satoshi’s concepts to build new products. While many altcoins are spiritual descendants of BTC, sporting similar mining algorithms or cryptoeconomics, some are entirely different. EOS is one of these altcoins.

The blockchain, created by the Cayman Islands-based Block.one, uses a delegated proof of stake system rather than mining, disallowing anyone to run a validating node. This has understandably led to some controversy, especially in a community predicated on decentralization and disintermediation.

In a recent tweet, Weiss Ratings, an investment advisory/research group that has taken a liking to crypto assets, slammed EOS. As seen below, the agency stated that it believes EOS has “serious problems with centralization”, and thus it has been mandated to “severely degrade its technology score.” As seen on the company’s website, EOS’s technology score is now an A-minus.

EOS DOWNGRADE: #EOS has serious problems with centralization, and their event last week did anything to alleviate that, so we’ve severely downgraded its technology score. It’s now up to #ADA to launch a truly decentralized #PoS #blockchain. No pressure.#crypto #Cardano #BTC

This is seemingly in reference to the fact that at last week’s Block.one event, which was held to be the one-year anniversary of the launch of EOS, nothing was announced to increase decentralization. The blockchain developer also announced a new protocol, which they state will make the chain eight times faster than it currently is.

The odd thing about this is that earlier this year, Weiss was all for EOS. As reported by NewsBTC previously, Weiss claimed in a report that EOS was challenging Ethereum to become the “backbone of the new internet”, citing the former’s countless applications and mass user base. And thus, it was given one of the highest scores, even ousting Bitcoin, Cardano, Litecoin, Stellar Lumens, and other projects.

As a result, some have questioned this latest shift in rating.

This aside, Block.one has recently made a number of strides. Brendan Blumer, the chief executive of Block.one, remarked last week:

“You just can’t read a house when the foundation is crumbling. Social media was created to use its users. Right now, it’s the companies, not the users that reap the rewards. They auction our data to the highest bidder and flood our feeds with hidden agendas… We’re leveraging the EOS blockchain to create a social media platform that is more aligned with the world… The value of good content gets circulated to sustain the community.”

Launching shortly into beta, Voice will be a “truly self-sustaining” social media economy where both the platform itself and the users benefit. There will be no data collection, nor wanton advertisement targeting. To do this, Block.one is launching the fittingly-named Voice Token, which can only be created by interacting in the social ecosystem. The EOS-based crypto asset will allow users to “make their voice heard”, giving holders the opportunity to signal boost their messages and media. 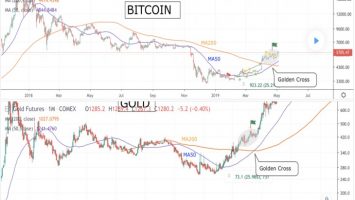 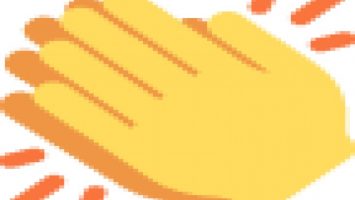