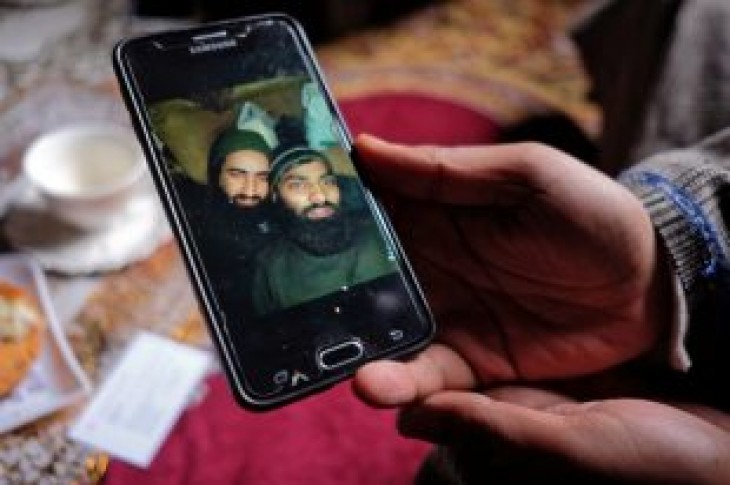 PINGLAN, India/SRINAGAR (Reuters) – Hundreds of Indian soldiers descended on the picturesque village of Pinglan, which is surrounded by south Kashmir’s apple and apricot orchards, just before midnight on February 17.

By the time they left 18 hours later, one civilian, three armed militants, and five members of the security forces were dead, a row of houses was reduced to rubble, an unexploded missile had been planted in a rice paddy, and more than 120 villagers had sought treatment for exposure to tear gas, alleged beatings, and in some cases mental trauma.

Reuters spent two days in Pinglan, which has a population of about 6,400, about a month after the crackdown to piece together what happened during those hours.

Interviews with more than 60 eyewitnesses indicate that soldiers forced at least four villagers to act as human shields. That meant sending them first into a building where armed militants might be hiding, often using a phone to take video could be viewed by nearby soldiers.

Human rights lawyers say such tactics – which are meant to deter militants from firing on soldiers carrying out the raids – are highly questionable and could even be a war crime under international law.

But they would not be illegal under Indian law.

However, he said that during encounters, local people are sometimes asked to mediate between the army and militants.

The armed insurgency in the Indian-ruled portion of Kashmir is one of the world’s longest-running. Nearly 50,000 have died as a result of the conflict in the last three decades, according to official figures.

The number of active militants had dwindled to a few dozen a few years ago. But after a 2016 uprising following the killing of a militant leader, growing numbers of young men, predominantly Kashmiris, are joining their ranks. India blames its arch-rival Pakistan for funding these groups, a claim Islamabad denies.

Both countries claim Kashmir in full but rule it in part, and have fought three wars – two over the territory. Now nuclear powers, they came close to another war when a suicide car bomber, a local Kashmiri, killed 40 Indian paramilitary police on February 14 on a highway near Pinglan. The Pakistan-based Islamist militant group Jaish-e-Mohammed (JeM) claimed responsibility.

Since the suicide attack, hundreds of separatists have been arrested, and dozens of militants and civilians killed in what the authorities term “encounters”.

On February 17, from about 11:30 p.m., three days after the suicide attack, security forces cordoned off all the roads leading into Pinglan and began going house-to-house.

An army informant in the village had heard of the presence of militants, according to an army officer Reuters interviewed who is familiar with some operational details of the encounter.

Fifteen-year-old Muninah Amin said the army knocked on her door, telling her family their house was to be searched.

When Amin protested, she said an army major told her to be quiet.

“You should become a sarpanch (village head), you talk so much,” he said, pointing his gun at her.

Troops from the 55th Battalion of the Rashtriya Rifles demanded her father, Mushtaq Ahmad Bhat, come out to help them, Amin said. They were surrounding a separate small building on the family’s property and needed Bhat to search it for them.

Gunfire from an unknown source strafed their house, breaking upstairs windows, and the remaining family members hid on the ground floor. By the time they were moved by the army into the house of a neighbor, Bhat was dead, a soldier informed them.

“They only told us he died in crossfire,” said Amin, whose account of the evening was corroborated by her mother, Nusrat.

The army is yet to provide any further information on how he died, Amin said.

“We asked for information but they did not give it to us,” she said. “They hid what happened.”

Vaishnava said the army did all it could to minimize civilian casualties, but the militants often hid in populated areas in order to increase the civilian death toll.

Residents interviewed in Pinglan were almost all openly hostile to India and its soldiers.

Still, many people said the village had not seen armed confrontation between militants and troops for decades.

Amin’s account of Bhat being taken by the army to search a building was consistent with testimony of three other people, all of whom told Reuters they were forced to perform similar tasks.

A teenager, who said he was 17 and gave his name as Jibran, said he was one of a dozen mainly young men, who were taken from their homes to an armored personnel carrier where they were held and then sent out to search houses. His account was corroborated by his grandfather and aunt.

“They gave me a shield and they said you have to move forward to search the houses,” he said. “I felt in danger.”

Bhat’s brother, Shafqat Ahmad Bhat, said he was also held by the army and sent to search a house and film it on a mobile phone near the end of the encounter.

Shafqat, along with half a dozen other villagers, said they were beaten by troops using rifle butts, sticks and other weapons.

“They put a stone in my mouth to keep me quiet because I was screaming so much,” Shafqat said.

While many of the injuries sustained by those who said they had been attacked were minor, Bhat family neighbor Shahzada Akhtar said she was repeatedly struck on the face with a shoe by a soldier and needed medical treatment.

Her account was corroborated by Rayees Ul-Hamid, a medical officer at Pinglan’s health center.

Vaishnava said the allegations of disproportionate use of force by the army were “baseless, bereft of evidence and likely to have been made by terrorized people under duress from the perpetrators.”

Of the three militants killed in the encounter, two were Pakistani. The other, Hilal Ahmad Naikoo, was a local. He ran a successful medical laboratory and was well-liked in the village, according to interviews with his family and others.

His brother, Bilal, said Hilal joined JeM after the rape and murder of an eight-year-old Muslim girl by police officers in Jammu & Kashmir state in January 2018.

In October, Hilal returned for a visit home carrying a gun and accompanied by Rashid Bhai, a Pakistani believed by security forces to be one of Jaish’s top commanders, said Bilal. Bhai was also killed in the Pinglan encounter, security forces said.

Bilal was in the village that night, and heard the sound of gunfire from his house. But the first he knew of Hilal’s involvement was when his death was announced on TV.

Hilal and Bhat were buried next to each other in an ancient village graveyard that is now reserved for those killed by Indian troops. The JeM flag is draped over the railings.

The wider hostility of the villagers to Indian forces was on display the morning after their arrival in Pinglan. Dozens of people threw stones at security services, eyewitnesses said.

Troops responded with a volley of tear gas and stun grenades.

“The air was thick with smoke, it was like a fog,” said Abdul Rahman, sifting through discarded gas shells that litter the side of the road near his house.

At 3 pm, soldiers moved a group of local journalists who had managed to enter the encounter site to the edge of the village.

Shortly after, several eyewitnesses said they saw plumes of smoke coming from the courtyard where most of the fighting had taken place.

“The Indian forces destroyed our house without any reason,” Mushtaq Ahmed, a shopkeeper, told Reuters, standing among heaps of rubble and charred timber where his house used to stand.

“No house was deliberately set on fire by security forces,” said Vaishnava, the military spokesman, blaming it on the militants.

The encounter was over and the soldiers were starting to move out of the village, but at about 6 p.m. troops had one last job for Shafqat Ahmad Bhat.

“They asked me to pick up an unexploded shell, dig a hole in the ground and bury it there,” he said.

He led Reuters to a nearby rice paddy and pointed to a waterlogged crater where he said he buried the unexploded mortar used in the army operation.

After visiting the site on March 21, a Reuters journalist told the authorities about the mortar. A day later, bomb disposal experts from the army and police got rid of the rocket in a controlled explosion, a local official and witnesses said.

“There was a huge explosion. The earth shook,” said Bilal Ahmed, an eyewitness.

Vaishnava denied the soldiers had forced a civilian to bury unexploded ordnance.

A fragile peace has returned to the village. The first apricot blossom of the season is beginning to bloom, while mynah birds chirp overhead.

But the trauma from the encounter has lingered.

Wuli Mohammed Naik, the grandfather of Jibran, the boy made to search houses, was one of many who said he was afraid to go out after dark.

“A man who is bitten by a snake is afraid of rope,” he said.

(Reporting by Fayaz Bukhari in Pinglan and Alasdair Pal in Srinagar; Editing by Martin Howell and Raju Gopalakrishnan) 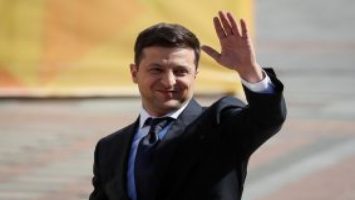 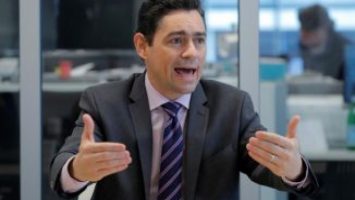