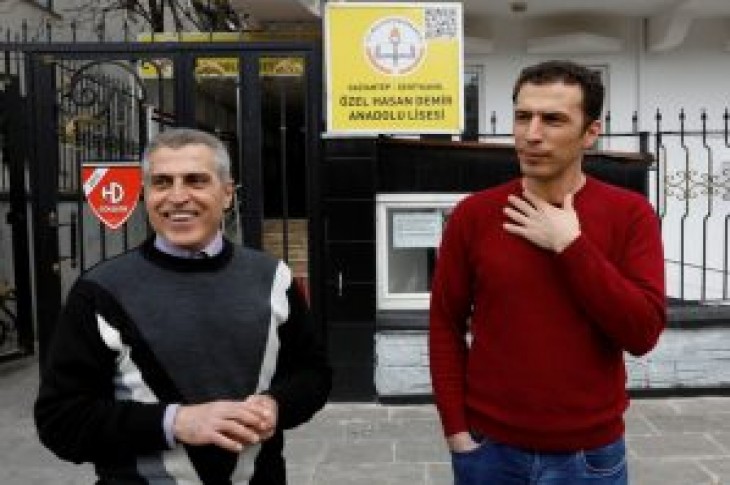 GAZIANTEP, Turkey – When his rebel fighter son was killed and life in Syria became impossible for Jamal Sahlabji, he and his remaining family packed up and joined hundreds of thousands fleeing to neighboring countries.

Sahlabji settled in Gaziantep, a Turkish town close to the Syrian border that became a haven for opposition figures, rebels and refugees escaping fighting and bombardment.

Refugee camps were set up but Sahlabji, who arrived in 2012, steered clear of the tents. Now almost half of Turkey’s 22 government-run camps for Syrians have closed, and although some residents have returned to Syria, most have stayed and moved to permanent housing across the country.

Despite political rhetoric to the contrary, and with the support of international donors, Turkey is quietly paving the way to integrate many of its nearly 4 million Syrians – by far the biggest group of refugees who have spilled over Syria’s borders during the eight-year-old civil war.

Absorbing even a portion of such numbers into its society and workforce however poses a significant challenge, especially as the economy stutters and unemployment rises.

Sahlabji now works as a doorman in a private high school, where his son Ahmed is a janitor. His daughter is studying for university where she hopes to take architecture, while another son and his family has been granted Turkish citizenship.

Seven years after they fled the Syrian city of Aleppo, the Sahlabjis are not planning to return home, as originally envisioned, but are instead putting down new roots.

“We’re hopeful we can create a future for our children,” Ahmed said. “We’ve put them in schools and we’re spending on them so that maybe they study and go to university and make something of themselves, God willing.”

“Here, the government works for the people,” the 31-year-old added. “Back home, it’s the opposite.”

Most Syrians in Turkey are still registered as refugees. A few are unregistered, and a small proportion – at least 55,000 – have been granted Turkish citizenship.

But behind the numbers, a broader shift is taking place in the support provided to Syrians, most of whom arrived with the few possessions they could carry across the border in an influx that European leaders feared would fuel a migration crisis.

The European Union, which has given billions of euros to help Turkey host refugees in return for stopping them crossing into Greece, is now concentrating support on longer-term projects such as preparing Syrians to compete in the job market and funding language courses and vocational training.

“There is now a slight shift from providing basic humanitarian assistance to more long-term assistance which also leads to better socio-economic integration of refugees, of people who want to stay in Turkey,” EU Ambassador Christian Berger told Reuters.

Some refugees are being gradually taken off a smart-card system, an emergency measure to deliver cash for rent or groceries, and recent projects focus more on helping Syrians mix into Turkish society.

“The idea is to drastically reduce the number who depend on humanitarian assistance,” Berger said. “This cannot go on forever.”

‘WE’RE NOT GOING BACK’

There is public resentment over the influx in some quarters. The government, and President Tayyip Erdogan’s, stance in the run-up to municipal elections this weekend has been to play up the prospects of the Syrians’ imminent return to their homeland.

However a senior Turkish government official told Reuters that, while Ankara would like to see the refugees return to Syria once stability was restored, it realistically accepted that some would want to stay in Turkey.

“There will be people who have established businesses, got married. We will not force them to return,” the official said. “The current efforts are conducted on the assumption that they will live here comfortably and for an extended period of time.”

Because most Syrians initially thought they would eventually return home, they at first placed their Arabic-speaking children in temporary education centers and afternoon schools, where classes were held mostly held in Arabic.

In 2016 the ministry of education and European Union started to phase out those temporary education centers, moving Syrian children into Turkey’s mainstream schools and offering intensive Turkish classes for non-speakers to help them settle in.

Supported by EU funds, Turkey is building hospitals in Hatay and Kilis, two southern provinces on the border with Syria, as well as 55 schools and community and training centers.

In its second 3-billion-euro package for Turkey, agreed last year, the European Union has allocated 500 million euros towards education projects and school infrastructure for the refugees.

Alongside those schemes, the Ankara government has made it easier for Syrians to get work permits – helping bring them into the formal labor market in Turkey, home to 82 million people.

In 2017 Turkey reduced the fees for work permits by two thirds, although by November last year, only 32,000 out of 3.6 million registered Syrian refugees had acquired permits, with many more working illegally.

“When you are giving access to the labor market, when you are trying to close temporary education centers and integrate Syrians into Turkish schools, when you are doing migrant health centers – this is integration,” said an aid worker in Turkey, who asked not be identified.

In a blue and yellow-painted secondary school in Ankara, refugee children are introduced to Turkish idiom through pictures: a torso with a chunk of meat instead of a head is “et kafali”, a Turkish expression that translates to “meat head” but means stupid.

One schoolboy said learning Turkish was important to him because his family did not plan to return. He paused a second, eyes glancing down and then darting around in doubt, before repeating himself: “We’re not going back to Syria.”

Ahead of the elections on Sunday, Erdogan has stressed he is creating conditions in Syria for people to go back. “We aim to create safe zones in which the nearly 4 million Syrian refugees still living in our country can return to their own homes,” he said in January.

Former Prime Minister Binali Yildirim, campaigning to be mayor of Istanbul for Erdogan’s AK Party, said this week that Syrians could disrupt peace in the city.

“If they negatively impact normal life and order here, there will be repercussions. We cannot tolerate this and we will send them back,” he said.

Similar language emerged in presidential election rallies last year, and the government regularly declares that hundreds of thousands of Syrians have already returned to parts of north Syria where Turkey has carried out two military operations.

The interior minister said last month that nearly 312,000 had returned. The United Nations has not been able to corroborate that figure.

“Turkey’s view towards Syrians depends on the political environment,” the aid worker said. “But operationally speaking, Turkey has been doing a fantastic job in integration for the last eight years.”

Nevertheless, Turkey’s stumbling economy and rising unemployment has fueled some resentment against Syrians.

Turks rushed to the street afterwards, vandalizing Syrian stores and chanting: “This is Turkey.”

Clashes like that remain an exception for now, and Sahlabji says he can’t see how he can return to a country still in turmoil and where he worries about being arrested because of his son’s days fighting with the rebels.

He says no one in Turkey bothers his family, and he dismisses Erdogan’s claims that all Syrians will leave.

“That’s election talk,” he smiled. “When elections are over, it’s over.”

But he choked up when talking about living in exile. 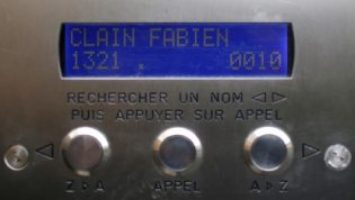