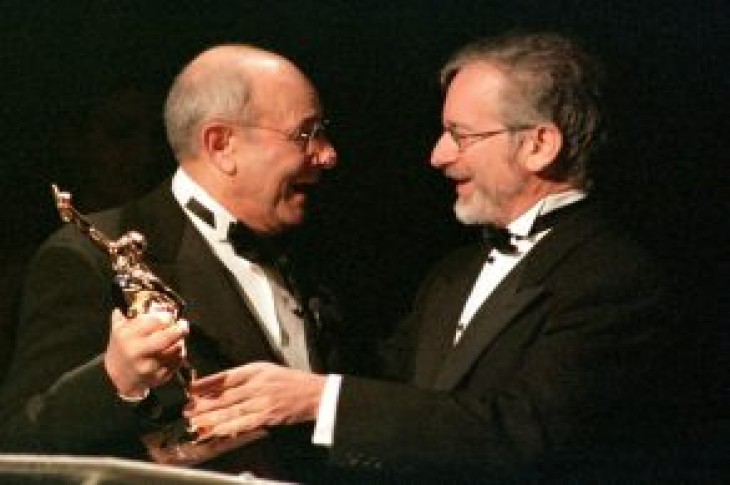 (Reuters) – Stanley Donen, the former dancer who directed some of Hollywood’s greatest musicals including Gene Kelly’s landmark “Singin’ in the Rain,” “Seven Brides for Seven Brothers” and “On the Town,” has died at age 94, according to media reports.

Donen, who was given an honorary lifetime achievement Oscar in 1998 and wowed the crowd with an impromptu song-and-dance routine, died of a heart attack on Thursday in New York City, the Chicago Tribune said, citing one of his sons, Mark Donen.

The former Broadway dancer brought hugely imaginative dance sequences to film – Fred Astaire danced up a wall and across a ceiling in “Royal Wedding” (1951) – during a career that established him as one of the masters of the movie musical.

But Donen also excelled in other genres, directing the witty Faustian comedy “Bedazzled” (1967) with Peter Cook and Dudley Moore, the romance-thriller “Charade” (1963) with Cary Grant and Audrey Hepburn, and the romantic comedy “Indiscreet” (1958) with Grant and Ingrid Bergman.

“Singin’ in the Rain” (1952), which Donen co-directed with Kelly, is a song-and-dance classic hailed by the American Film Institute in 2006 as the greatest movie musical ever made.

The film boasts one of most memorable sequences in the history of American cinema – Kelly singing the title song while carrying a umbrella and dancing through a downpour on a street-scene set in an acrobatic, virtuoso solo performance.

The movie, set in the Hollywood of 1927 as films transitioned from silent to talkies – was only a modest success at the time of its release but gained stature over the years.

Unlike many other musicals, it was made expressly for film and was not an adaptation of a Broadway show. Donald O’Connor, Debbie Reynolds, Jean Hagen and Cyd Charisse co-starred.

Donen also co-directed “On the Town” (1949) with Kelly, who starred with Frank Sinatra in the tale of three sailors on shore leave. The film was shot on location in New York City – the first time that had been done for a musical – and featured enduring songs including “New York, New York.”

Donen directed the ambitious “Seven Brides for Seven Brothers” (1954), which starred Powell and Howard Keel and was nominated for an Oscar as best picture. Like “On the Town,” it won an Oscar for best music.

The last of the three films co-directed by Donen and Kelly was “It’s Always Fair Weather” (1955). Other musicals Donen directed included: “Funny Face” (1957) with Astaire and Audrey Hepburn; “The Pajama Game” (1957) with Doris Day and co-directed by Broadway legend George Abbott; and “Damn Yankees!” (1958) with Tab Hunter, also co-directed with Abbott.

DANCING WITH A MOUSE

Donen was fortunate enough to work with two of the most accomplished dancers in Hollywood in Kelly and Astaire, and they conjured up breath-taking sequences.

Working as a choreographer on “Anchors Aweigh” (1945), directed by George Sidney, Donen created a sequence in which Kelly dances with cartoon mouse Jerry of “Tom and Jerry” fame in a smooth blend of live action and animation.

A year earlier, also working as a choreographer, he created a sequence in the film “Cover Girl,” directed by Charles Vidor, in which Kelly dances with a ghostly image of himself.

“That was my lucky break,” Donen told the Los Angeles Daily News in 1998. “The director (Vidor) said it couldn’t be done and didn’t want anything to do with it. Harry Cohn, who ran Columbia Studios, asked Gene, ‘Do you think the kid knows what he’s talking about?’ Gene said yes, and Cohn let me do it. So there I was, 19 and filming this sequence.”

Donen was never nominated for an Oscar but received an honorary Academy Award in 1998 for “a body of work marked by grace, elegance, wit and visual innovation.” The Oscar statuette was presented by fellow director Martin Scorsese, who lauded him for revolutionizing dance in cinema.

Donen then began singing Irving Berlin’s “Dancing Cheek to Cheek” to his golden statuette and did a little dance. He said the secret of being a good director was having a great script, great songs and great actors. “When filming starts, you show up and you stay the hell out of the way,” he said.

Donen was born on April 13, 1924, in Columbia, South Carolina, and took up dancing after watching Astaire and Ginger Rogers in “Flying Down To Rio” (1933). After graduating high school at age 16, he headed straight for New York and was cast in 1940 in the chorus of the musical “Pal Joey.” It starred Kelly, who quickly befriended Donen and enlisted him to help choreograph another show, launching their fruitful collaboration.

Donen directed more than two dozen films. Not all were successful – or even good – like his last two films: the sci-fi mess “Saturn 3” (1980) with Farrah Fawcett, and the creepy sex romp “Blame It on Rio” (1984) with Michael Caine.

Donen was married five times. His first wife, Jeannie Coyne, married Kelly after divorcing Donen. Another of Donen’s wives was actress Yvette Mimieux. Donen later had a long-term relationship with screenwriter and director Elaine May.

(Reporting and writing by Will Dunham; Editing by Bill Trott and Daniel Wallis) 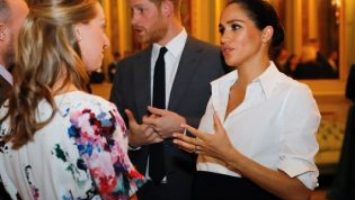