LONDON (Reuters) – Donations to Britain’s governing Conservative Party slumped in the first three months of the year as Theresa May’s premiership ebbed, data from the Electoral Commission showed on Thursday.

May’s Brexit deal suffered a record parliamentary defeat in January and was rejected twice more in March. After a backlash to her plans to put it to a fourth vote, May announced last week she planned to resign as party leader on June 7.

The Electoral Commission, Britain’s electoral watchdog, said the Conservatives received donations worth 3.7 million pounds ($4.67 million) in the first quarter of 2019, down from 7.5 million pounds in the previous three months and compared to 4.8 million in the same period last year.

It was the party’s lowest quarterly donation total since the final three months of 2017.

The Conservatives’ biggest donor in the first three months of the year was former mining executive Mick Davis, the party’s Chief Executive and Treasurer, who gave it 315,980 pounds.

So far, 11 candidates are vying to replace May as prime minister and leader of the Conservative party, which this month suffered heavy losses in local elections and its worst ever performance in a nationwide vote in European Parliament elections.

May’s lack of majority in parliament added to her difficulty in seeking to pass a Brexit deal, but despite her successor facing the same parliamentary numbers, several contenders have said a national election should not be held before Britain has left the EU. 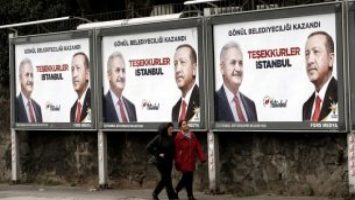