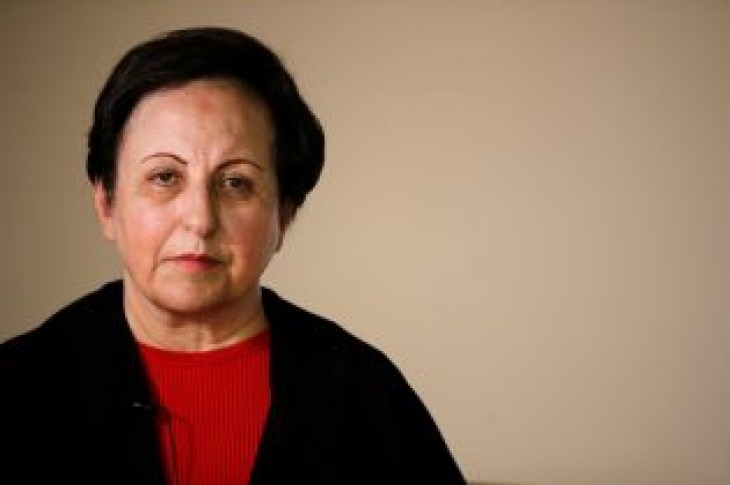 By Luke Baker and Bozorgmehr Sharafedin

PARIS/LONDON (Reuters) – Iranian Nobel Peace Prize winner Shirin Ebadi said she first had doubts about the 1979 Islamic Revolution when members of the Shah’s regime were executed on the rooftop of a school housing its leader Ayatollah Ruhollah Khomeini.

She has emerged as one of the most outspoken critics of Iran’s clerical leadership, 40 years after Khomeini returned from exile in Paris on a special Air France flight to ecstatic crowds on Feb. 1, 1979.

But as Iran commemorates the rise of Khomeini, who won the support of millions opposed to the U.S.-backed Shah’s lavish lifestyle and ruthless secret police, her criticisms of its current rulers are compounded by frustrations about U.S. policy.

U.S. sanctions designed to undermine Iran’s ruling theocracy have only hurt ordinary Iranians who face widespread hardships, said Ebadi, a human rights lawyer and former judge who has been living in exile in Britain since 2009.

“The economic sanctions are not to the benefit of the people. They make the people poor,” she told Reuters.

“However, those who are close to the regime benefit from economic sanctions because it gives them the opportunity to gain dirty money. So it’s good for them.”

Iranian officials were not immediately available for comment. The Islamic Republic has said it is increasing efforts against corruption, and the hardline judiciary has tried and executed several traders in recent years, accusing them of “disrupting and corrupting the economy” under the sanctions.

Iran’s defiance in facing U.S. sanctions and pressure is likely to be a top theme at the revolution’s 40th anniversary celebrations culminating next Monday in a nationwide rally.

But Ebadi’s memory of those days diverges from the official version. She recalled the chaos of the early days of the revolution, which Iranians hoped would deliver greater freedoms and prosperity after decades of dictatorship.

“Unfortunately, it started a day after the revolution, when in a five minute court session they sentenced to death the heads of previous regime,” said Ebadi, recalling her early doubts.

“And (they) executed all of them on the rooftop of the school in which Khomeini was residing.”

There was more disenchantment for Ebadi when tens of thousands of women took to the streets in 1979 to celebrate International Women’s Day. Supporters of Khomeini, who had said women should wear the hijab in governmental offices, attacked women who were uncovered with sticks and batons.

Four decades later, signs of instability have re-emerged, albeit not on the scale of 1979.

CALLS FOR MORE PRESSURE FROM WEST

Last year, Iran cracked down on protests over poor living standards and corruption in over 80 cities and towns. The unrest posed the most serious challenge to its clerical leadership since a 2009 uprising over disputed presidential elections.

Some Iranians called for the fall of Iran’s Supreme Leader Ayatollah Ali Khamenei, who in turn blamed “enemies of the Islamic Republic”. Small, sporadic protests continue over issues such as unpaid wages, but nothing on the scale of last year.

Iranian officials say protests and criticism of the Islamic Republic are driven by external forces intent on destroying it.

While Ebadi dislikes severe economic sanctions of the type imposed by Washington, she believes that with enough international pressure of a different kind, the West can force Iran’s clerical establishment from power.

“In my view, it’s very likely because at the beginning of the revolution, 90 percent of Iranian population wanted this regime,” said Ebadi. “And now, if you take another poll through free elections, you will see that 90 percent of people don’t want the regime any more.”

To bring that about, “the world has to do things which weaken the Iranian government,” said Ebadi, who won the Nobel Peace Prize in 2003.

She gave as an example restrictions on Iran’s use of satellites, arguing this would stop its ability to broadcast propaganda television programs in non-Persian languages.

While she has no plans to return for now, Ebadi hopes to go back to Iran one day, “whenever the conditions are such that I as an advocate of human rights and as a lawyer can work there.” 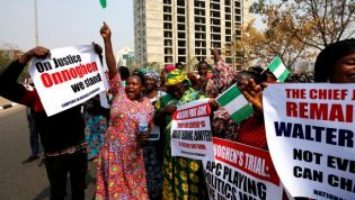 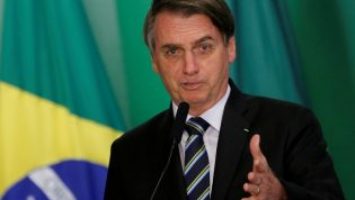