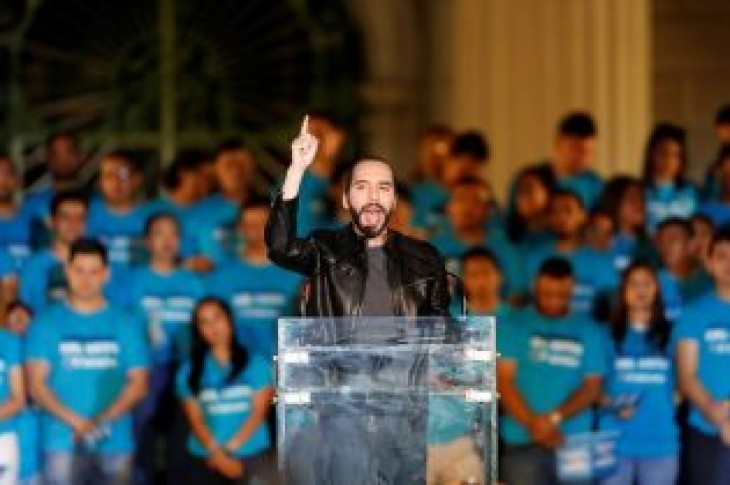 By Nelson Renteria and Noe Torres

SAN SALVADOR (Reuters) – Salvadorans will vote in the first round of a presidential election on Sunday, with an energetic former mayor campaigning as an anti-corruption outsider set to win the top job and end decades of a two-party system.

Nayib Bukele, 37, has capitalized on the anti-establishment feeling sweeping elections across the region and further afield, as voters seek an alternative to traditional parties.

Since the end of its bloody civil war in 1992, El Salvador has been governed by just two parties: ruling leftists the Farabundo Marti National Liberation Front (FMLN), and its rival, the conservative Nationalist Republican Alliance (ARENA).

Though he describes himself as from the left, and was expelled from the FMLN, Bukele has formed a coalition with parties including a right-wing one who together have just 11 seats in the legislature.

Pollster Mitofsky said in a January poll that Bukele had 57 percent of voter support, while a poll by Gallup showed him with 42 percent. Both polls show ARENA’s Carlos Calleja in second place.

If no candidate wins more than 50 percent of Sunday’s vote, two candidates will pass into a runoff to be held in March.

El Salvador’s next president will face U.S. President Donald Trump’s verbal attacks against Central American governments for not doing enough to prevent migration and have to manage American backlash to recently-established diplomatic relations with China.

The new government will also have to try to kickstart a sluggish economy, combat corruption and tackle one of the highest rates of homicide in the world.

“Nayib is an excellent person and the proposals he has are pretty excellent,” said Maria Amaya, a 42-year-old housewife who said she previously voted for the FMLN.

“We’re fed up of so much corruption, the Front (FMLN) and ARENA had their time to do something and they didn’t.”

Bukele, who was mayor of San Salvador between 2015 to 2018, has said he wants to create an international anti-corruption commission with the support of the United Nations, following similar schemes in Guatemala and Honduras.

“We’ll create a (commission) … so that the corrupt can’t hide where they always hide, instead they’ll have to give back what they stole,” Bukele said in January.

Bukele, who slicks back his hair and often sports a backwards baseball cap, has a large social media following, uses Facebook Live for official announcements, and challenges opponents on Twitter.

Growing up, Bukele’s relatively wealthy family were sympathetic to the FMLN, the former leftist guerrilla army that became a political party at the end of El Salvador’s civil war in 1992.

“A dictator is a dictator, on the “right” or the “left”,” Bukele wrote in a tweet last week. 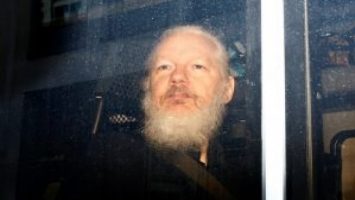 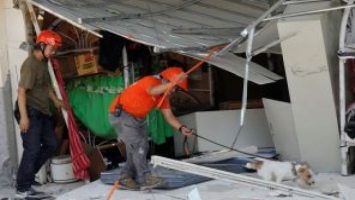