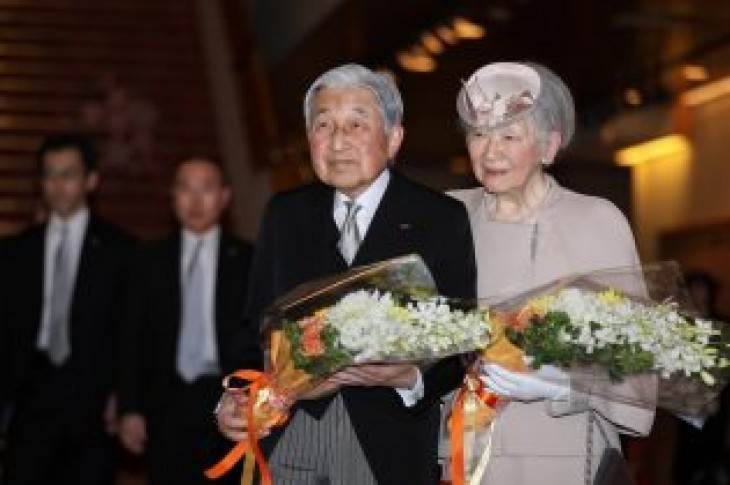 TOKYO (Reuters) – Japan’s Emperor Akihito, who will abdicate at the end of April in the first such event in two centuries, marked the 30th anniversary of his enthronement on Sunday with a call for the country to open up and forge sincere ties with the world.

The 85-year-old monarch, who became a symbol of peace and reconciliation after the death of his father Hirohito, in whose name Japan fought World War Two, also stressed the desire of his fellow Japanese for peace.

“I think that our island country…is being asked now to open up further to the outside in a globalized world, to establish its own position with wisdom and to build relations with other countries with sincerity,” Akihito said.

He will step down on April 30, to be succeeded the next day by Crown Prince Naruhito, 59.

Japan’s ties with neighboring China and the two Koreas have long been plagued by the bitter wartime legacy and Tokyo’s 1910-1945 colonization of the Korean peninsula.

Relations with Seoul, in particular, have been chilled by feuds over wartime memories and military squabbling.

The emperor, whose father was once considered a living god, is defined by the post-war constitution as a symbol of unity, without political power, but is widely respected.

Akihito, who has often spoken of the need to remember the horrors of war, recalled that after his father’s death in 1989, Michiko wrote a traditional poem about peace that said, “The country is filled with the words of all the people hoping to build an era of peace together.”

Akihito added, “But even now, we cherish in our hearts the quiet but resolute words that came to us from throughout the land, saying, ‘We will build a peaceful Japan together with the Imperial Household.’”

Some experts see Akihito’s legacy under threat from Abe’s conservative agenda, as the wartime generation dies out.

Abe recalled Akihito’s visits to battle sites to pray for peace, and overseas trips and visits to disaster-stricken regions.

“While engraving in our hearts the path walked by the emperor, in the midst of a turbulent international situation, we are resolved to create a proud future for Japan that is bright and filled with hope,” he said.

Crown Prince Naruhito has made clear that he intends to follow in his father’s footsteps.

Sunday’s ceremony featured a song the imperial couple composed after a 1975 visit to the southern island of Okinawa, ravaged during the war, and which has a special place in their hearts.

Akihito hinted in a 2016 television address that he wanted to step down because of worries about his age. On Sunday, reading his remarks, Akihito appeared to get the pages out of order; Michiko reached over to help him. 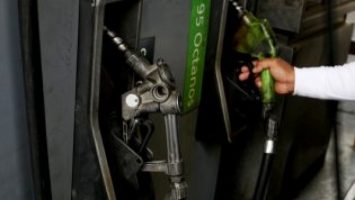