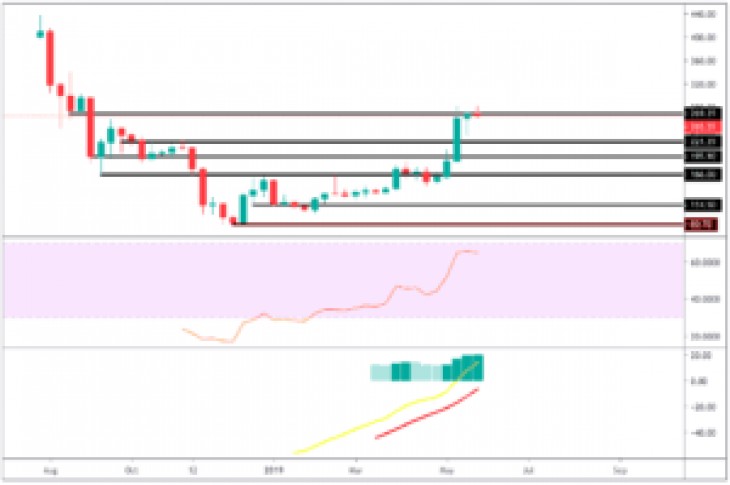 $269 acted as an important level of support during the price declines seen in August 2018.

Although the price rose above it on Sunday, Ethereum failed to close above the level.

Despite closing above the level on Monday and Tuesday this week, the price has since started to decline today.

A bearish divergence between the price and RSI preceded the price decline.

The MACD has also begun converging indicating that selling pressure is increasing.

The value of Ethereum against BTC has also started forming a more bearish market structure.

A 34% appreciation in price was recorded over the course of three days two weeks ago, but this has since been followed up with a series of lower lows and lower highs forming as indicated by the black arrows on the chart above.

The price does seem to have found a level of importance at 0.031 BTC which has previously acted as both an area of support and resistance.

While price found support as it approached this level last week, it has since dropped below and is now finding resistance at the level.

The current daily candle is forming as a Doji indicating that traders are uncertain of future price prospects at this level.

The price is approaching levels where highs were formed in July of 2018.

The weekly RSI and MACD indicate that momentum is on the side of buyers with both metrics increasing.

Unlike Ethereum, EOS initiated the week with strong price action.

A 15% increase in its USD price was recorded on Monday.

This has been followed up with a small-bodied candle forming yesterday and a decline today, but this still places EOS among the top performing cryptocurrencies this week-to-date.

EOS significantly outperformed Bitcoin on Monday to close above a key level at 9087 satoshis (sats).

The 9087 level has previously acted as both an area of support and resistance, and despite price declines taking place both today and yesterday, this level has provided some buying pressure. 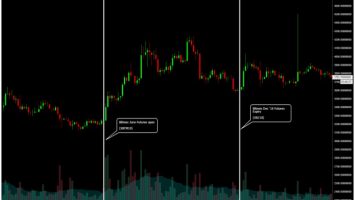