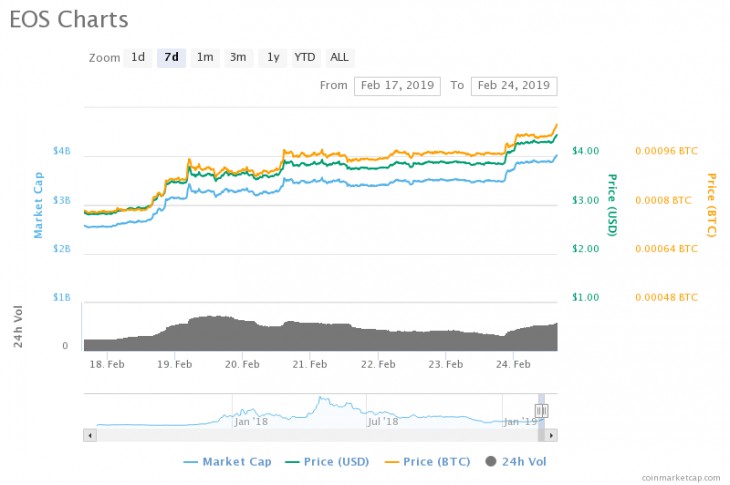 Those questioning the blockchain projects for their underlying utility should look at EOS.

The smart contracts platform recently paved its way into the working model of Tapatalk, a Reddit-like forum application. Per an announcement published February 21, Tapatalk will utilize the EOS blockchain to power its Gold Point reward system. The integration would allow Tapatalk to incentivize its users via EOS’ on-chain asset of the same name.

The move could assist Tapatalk increase participation among its 300 million users while furthering the adoption of EOS among them.

Winter Wong, the CEO of Tapatalk, said in a press statement that they were looking to promote microeconomics on forum platforms, calling blockchain integration a “natural step.” He added:

“We see many exciting ways this technology will deliver valuable monetization and reward opportunities for forum communities. We are proud to support forum owners in growing prosperous microeconomies in a trusted environment.”

Tapatalk launched Gold Point in 2017 to support forum administrators and moderators in their community expansions. They would earn “gold points” based on page views or ad impressions, member donations, and premium subscriptions. The admins would also redeem gold points for digital goods, giving them the taste of an in-house barter system.

The integration somewhat broadens the horizon of those reward points. By turning Gold Points into an EOS-backed token, Tapatalk could allow forum admins to redeem these points for real money, or other digital currencies like Bitcoin, Ethereum or XRP. Also, admins could also hold their gold points in their platform-integrated wallet for investment-related speculation.

Wong admitted that they plan to list Gold Points on a crypto exchange to ensure better liquidity. The CEO refused any plans to launch an initial coin offering round for the EOS-backed token. He also confirmed they purchased a small stake in EOS by investing a “five-figure” sum.

Other than that, the use of the blockchain would allow Tapatalk to gain stronger insights into the traffic. Admins would become more responsible about the quality of the content, thus increasing the overall productivity of the platform.

EOS Up 18% after Announcement

Soon after Tapatalk announced its partnership with EOS, the latter’s market capitalization reached up to $4.022 billion, up 18% since the day of the announcement.

At the time of this writing, EOS/USD is trading at $4.44. During the February 21 trading session, the pair had exchanged hands for as low as $3.74. It looks evident that Tapatalk purchasing EOS tokens for an undisclosed sum had a role to play in the asset’s rally. At the same time, the cryptocurrency market as a whole was undergoing a bullish correction which might have doubled the impact of Tapatalk integration and announcement.

Where do you think EOS would head from here? Tell us in the comment box below.

The post Eos to Be Used by 300 Million Users on Tapatalk, Real Mainstream Use Case appeared first on NewsBTC. 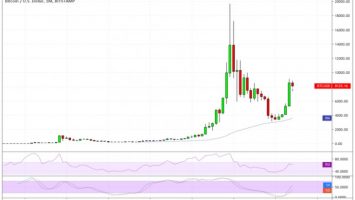