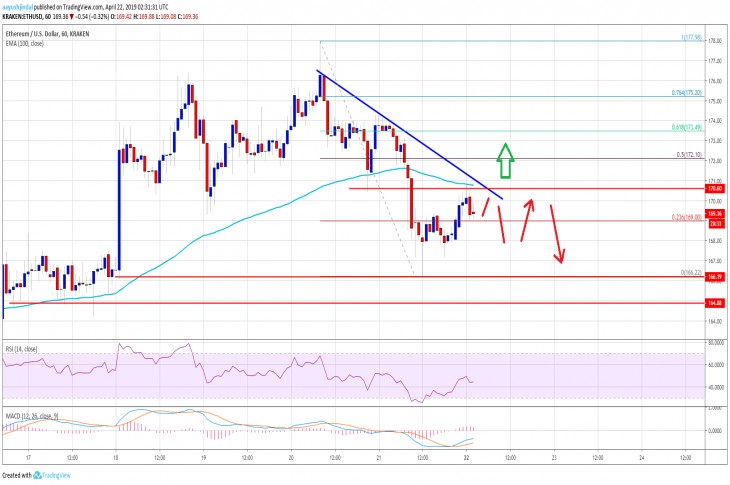 Ethereum price started a downside correction versus the US Dollar, but remained flat against bitcoin. ETH could revisit the $166 support, but it remains well bid on the downside.

There was a decent upward move above the $170 resistance in Ethereum price against the US Dollar. The ETH/USD pair surpassed the $174 and $175 resistance levels to move into a positive zone. However, the price failed to retain bullish momentum above the $178 level. It formed a high just below $178 and later declined below the $175 level. There was a break below the $170 support and the 100 hourly simple moving average. The price traded close the $166 level, where buyers took a stand.

Looking at the chart, Ethereum price seems to be correcting lower towards the $166 or $165 support. However, the overall bias is positive and the price could bounce back once it completes the current correction near $165. On the upside, a break above $172 is needed for a fresh increase towards the $178 level. Above $178, the price could break the $180 resistance.

Hourly MACD – The MACD for ETH/USD is slowly moving in the bullish zone, with a few positive signs.

Hourly RSI – The RSI for ETH/USD failed to stay above the 50 level and it is currently heading to 40. 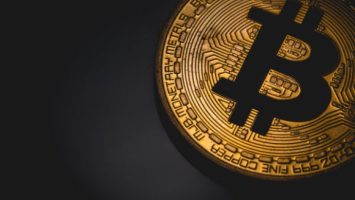 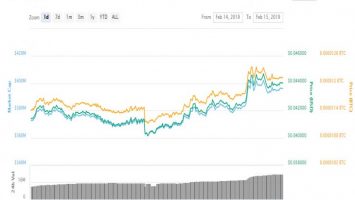