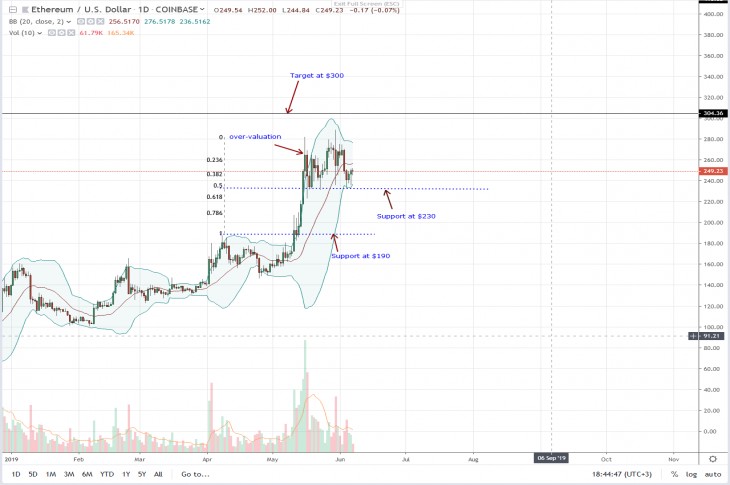 Sellers may be ahead after this week’s drawdown, but that is unnerving to Darma. The hedge fund founders are optimistic, expecting a 10-year ETH bull run. At the time of writing, ETH is edgy, snapping back to trend and stabilizing in the last day.

The bear market of 2018 damaged portfolios. Prices freely fell, and many projects folded as a result. Thirteen months later, there is a ray of hope for Ethereum and its native currency, Ether. There is sufficient evidence linking the last crypto rally and Ethereum.

From this pioneering and smart contracting platform, many projects crowdfunded, raising capital to execute their plans. However, it was after China’s intervention and consequent assault by regulators that cracks began to form. The result was a devastating death spiral that saw ETH shed 94 percent from 2017-8 peaks. By mid-Dec 2018, ETH had tanked from $1,500 to lows of $75. In short, Ether was shredded.

Nonetheless, an array of supportive fundamentals, on-chain development, and the expectation of Ethereum 2.0 plus shifting stands from regulators could be behind investor optimism. Darma Capital, a $100 million hedge fund, is overtly bullish on ETH.

While speaking to Bloomberg, Darma Capital’s founders said they expect ETH to break loose in a 10-year rally. Andrew Keys went on to say that there are “acquiring what they consider a new asset class,” and they are “10 years long” on ETH.

Aligning with Darma’s overview, Ethereum (ETH) is shaking off sellers. The coin is stabilizing after losses of early this week. Regardless, sellers have the upper hand from an effort versus result perspective.

From the chart, notice that bears not only forced prices below the middle Bollinger Band (BB) but did confirm the three-bar bear pattern by close of May 30th bar. Compared to others, the wide-ranging candlestick had high trade volumes further correcting the overvaluation of May 16th.

Even so, bulls are in control thanks to the revival of May. However, the best approach in days ahead is to wait for a close above $290. If not, and as laid out before, prices drop below $230, ETH could spiral to the $170 to $190 zone in a retest.

Even as ETH recoil, sellers have an advantage. Leading this trade plan is May 30th candlestick. It is broad with high trading volumes of 410k.

Trend confirmation or cancellation depends on participation levels of the breakout bar above $290 and $230. If ETH blasts above $300 with increasing volumes exceeding 410k, traders can confidently buy the dips. Conversely, losses below $230 with similar volumes could catalyze a selloff to $170.

The post Ethereum (ETH) Recoil From $230, Poised For A 10-Year Rally appeared first on NewsBTC. 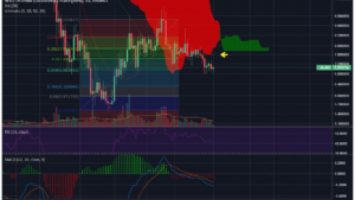