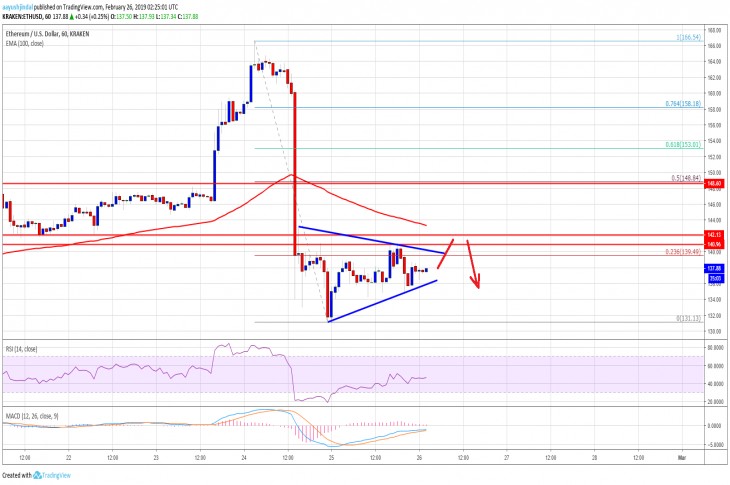 Ethereum price started consolidating losses after a major drop against the US Dollar and bitcoin. ETH/USD remains sell on rallies until it breaks the $142 barrier and the 100 hourly SMA.

However, the $141 and $142 levels acted as a strong resistance. At the outset, it seems like there is a short term breakout pattern in place with resistance at $140 on the hourly chart of ETH/USD. On the upside, the pair needs to clear the triangle resistance and the $142 level. The main resistance is near the $144 level and the 100 hourly simple moving average. If buyers succeed in clearing the 100 hourly SMA and $144, there could be more gains. The next key resistance is near the $149 level. It represents the 50% Fib retracement level of the recent drop from the $166 high to $131 low.

Looking at the chart, ETH price might continue to struggle near the $141, $142 and $144 resistance levels. However, if there is a successful close above $144 and the 100 hourly SMA, buyers could gain momentum in the near term.

Hourly MACD – The MACD for ETH/USD is slightly placed in the bullish zone, with no major bullish signal.

Hourly RSI – The RSI for ETH/USD is currently just around the 50 level, with a flat structure and neutral bias. 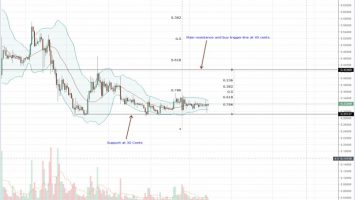 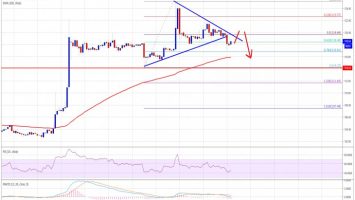