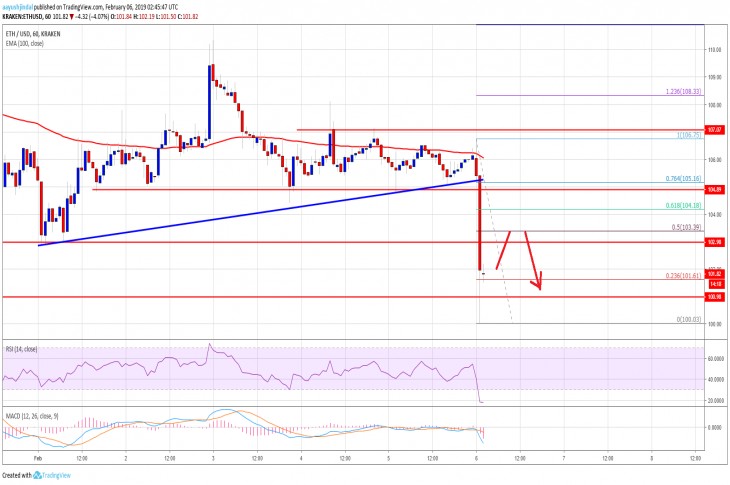 Ethereum price declined heavily against the US Dollar and bitcoin. ETH/USD is now at a risk of more losses below the $100 and $958 support levels in the near term.

After multiple rejections near the $107 and $108 resistance levels, ETH price declined sharply against the US Dollar. The ETH/USD pair tumbled and broke the $105 and $103 support levels. There was also a close below the $105 level and the 100 hourly simple moving average. The decline was sharp since the price even broke the last swing low near the $102 level. It opened the doors for a test of the 1.236 Fib extension level of the last wave from the $103 swing low.

Hourly MACD – The MACD for ETH/USD is placed strongly in the bearish zone.

Hourly RSI – The RSI for ETH/USD is currently in the oversold zone, with no recovery sign. 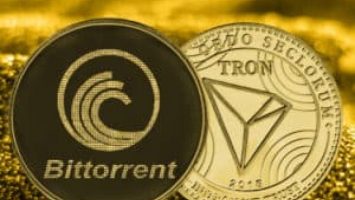