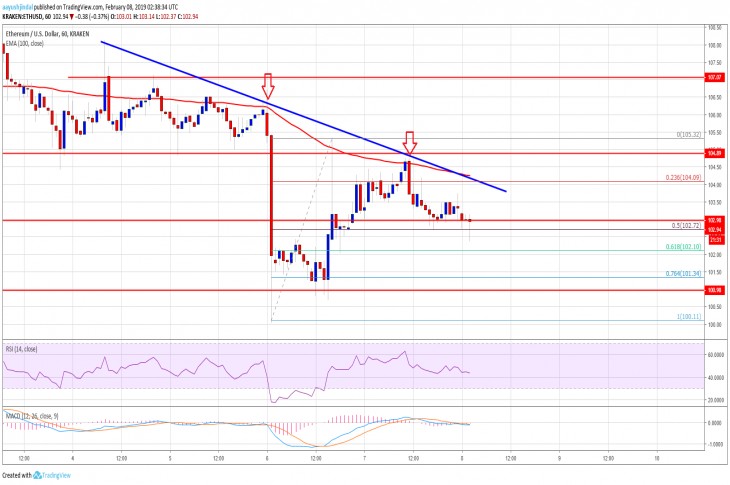 Ethereum price recovery remained capped against the US Dollar and bitcoin. ETH/USD may continue to consolidate above the $100 support before the next key break.

Yesterday, there was a short term upside correction from the $100 swing low in ETH price against the US Dollar. The ETH/USD pair traded above the $102 and $104 resistance levels. However, the price failed near a major resistance area at $105 and the 100 hourly simple moving average. Moreover, there was a failure observed near the 61.8% Fib retracement level of the last drop from the $107 high to $100 low. The price topped near the $105 level and later started a downside move.

Looking at the chart, ETH price remains below the key $104 and $105 resistance levels. If buyers continue to struggle near the $105 level, there could be a downside reaction below the $100 support.

Hourly MACD – The MACD for ETH/USD is slowly moving back in the bearish zone.

Hourly RSI – The RSI for ETH/USD is back below the 50 level, with a bearish angle. 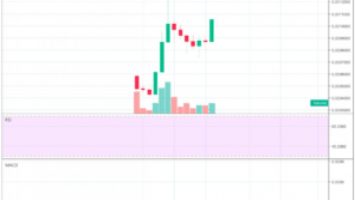