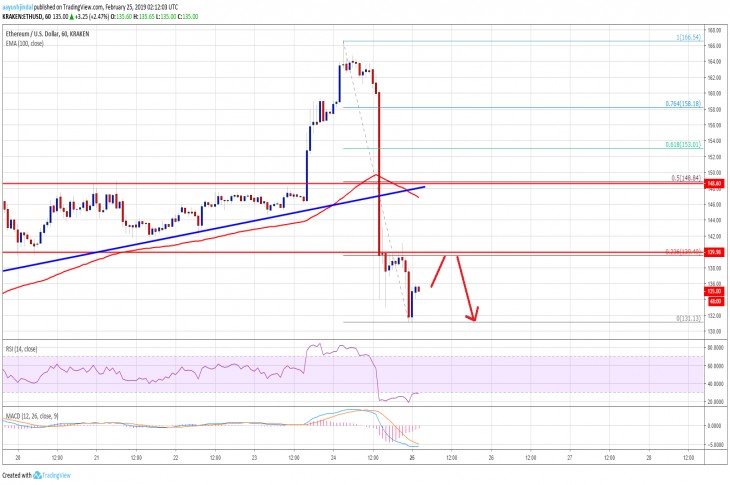 Ethereum price made a sharp U-turn against the US Dollar and bitcoin. ETH/USD broke key supports near $148 and $142 to enter a short-term bearish zone, with a negative angle.

This past week, we saw a nasty upward move above the $140 and $150 resistances in ETH price against the US Dollar. The ETH/USD pair even climbed above the $160 resistance to stage a solid comeback. It traded close to the $166 resistance level, where sellers emerged. More importantly, there was a strong rejection noted near the $165 and $166 resistance levels. The price formed a topping pattern and later started a sharp decline below the $160 support level.

The decline was such that the price failed to stay above the $152 and $150 support levels. There was a break below a major bullish trend line with support at $148 on the hourly chart of ETH/USD. The pair even settled below the $150 level and the 100 hourly simple moving average. Finally, there was a break below the key $138 and $140 support levels. It opened the doors for more losses and the price traded towards the $130 support. A low was formed at $131 and the price is currently correcting higher.

Looking at the chart, ETH price clearly moved into a short term bearish zone below $148 and $140. If there is an upside correction, sellers are likely to defend the $138 and $140 levels.

Hourly MACD – The MACD for ETH/USD is about to move back in the bullish zone, with positive signs.

Hourly RSI – The RSI for ETH/USD is currently recovering from the oversold levels, but it is still below the 40 level. 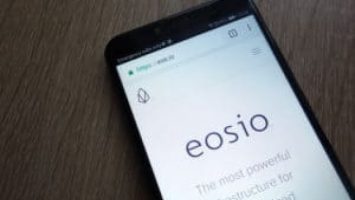