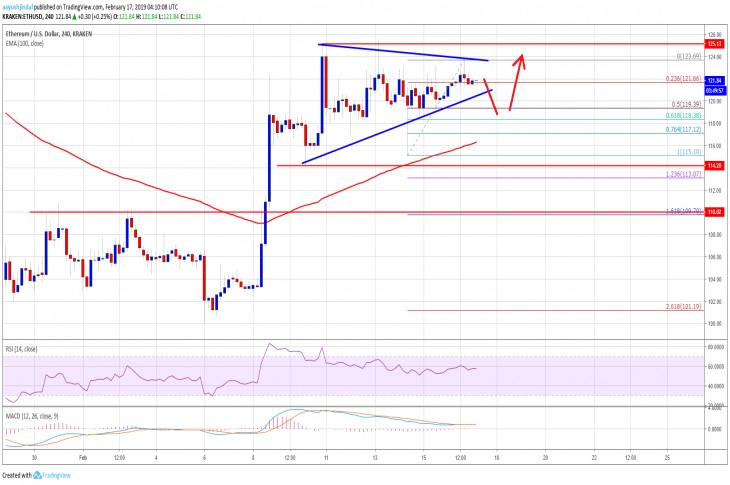 Ethereum price is placed nicely in a positive zone versus the US Dollar and Bitcoin. ETH/USD could soon make the next move either above $125 or below the $119 support.

This past week, there was a solid upward move above the $120 resistance in ETH price against the US Dollar. The ETH/USD pair traded towards the $125 area, where sellers emerged. Later, the price started a major consolidation pattern below the $125 zone. During the consolidation, there were a few attempts to clear the $125 resistance, but buyers failed. Besides, there were bearish waves as well towards the $120 level. The last swing low was formed at $115 and the last swing high was near $124. The price is currently trading near the $122 level and well above the 100 simple moving average (4-hours).

The 23.6% Fib retracement level of the last wave from the $115 low to $124 high is near the $122 level to act as a support. It seems like there is a contracting triangle in place with resistance at $124 on the 4-hours chart of ETH/USD. If there is an upside break above the triangle resistance and $125, there are chances of a solid upside continuation. The next resistance above $125 is near the $128 and $130 levels. The main resistance is at $134, where sellers are likely to appear.

The above chart indicates that ETH price is likely preparing for the next key break either above $124 or below $119 in the near term. Even if there is a downside break, the price remains supported above $115.

4 hours MACD – The MACD for ETH/USD is about to move back in the bullish zone.

4 hours RSI – The RSI for ETH/USD is currently well above the 50 level. 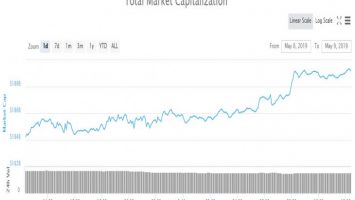 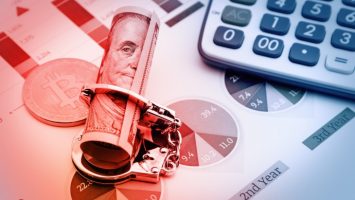