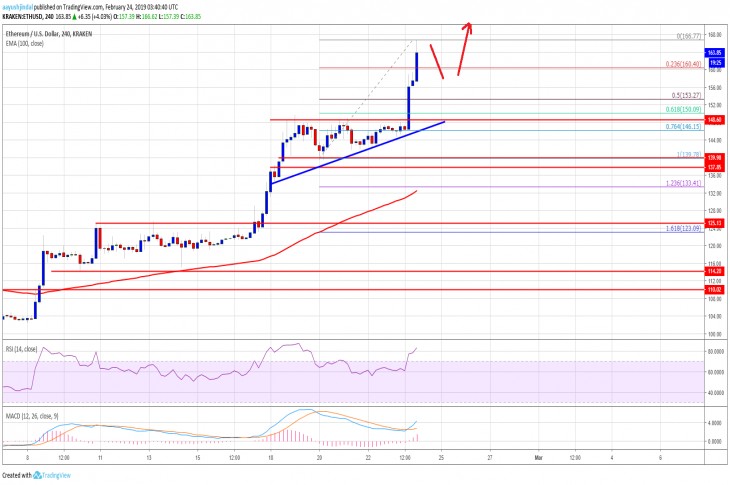 Ethereum price gained bullish momentum above key resistances versus the US Dollar and Bitcoin. ETH/USD might continue to rise and it could even break the $170 and $175 levels.

This past week, we saw a brief consolidation pattern below the $150 resistance in ETH price against the US Dollar. The ETH/USD pair made many attempts to break the $149 and $150 resistance levels, but it failed. There was even a downside correction below the $146 and $145 supports. However, the $138 level acted as a strong support and the price was well above the 100 simple moving average (4-hours). Finally, buyers gained pace and were able to break the $149 and $150 resistance levels.

The above chart indicates that ETH price is placed in a strong uptrend above the $155, $153 and $151 support levels. Therefore, there are chances of more gains above the $170 level.

4 hours MACD – The MACD for ETH/USD is gaining momentum in the bullish zone.

4 hours RSI – The RSI for ETH/USD is currently well above the 70 level. 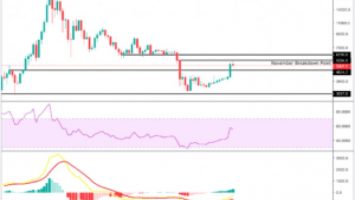 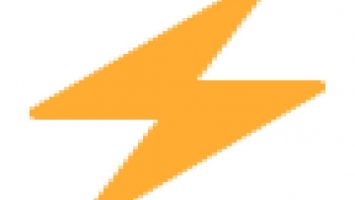