BRUSSELS (Reuters) – The euro zone economy grew more than expected in the first quarter, rebounding from a slump in the second half of 2018, while unemployment fell to its lowest in more than a decade, data showed on Tuesday.

But economists said the numbers gave the European Central Bank little indication of whether to continue stimulating growth with loose monetary policy or to start tightening.

The European Union’s statistics office, Eurostat, said that according to a preliminary estimate, gross domestic product in the 19 countries sharing the euro rose 0.4 percent quarter-on-quarter in the first three months of 2019, up from 0.2 percent in the fourth quarter of 2018 and 0.1 percent in the third.

Year-on-year, euro zone GDP rose 1.2 percent, the same increase as in the last quarter of 2018. The Eurostat data include an estimate by Germany of first-quarter GDP growth in Europe’s biggest economy, which has not yet been published.

Economists polled by Reuters had expected a 0.3 percent quarterly increase and a 1.1 percent annual expansion.

“The recovery is getting old and no one should expect from a greybeard that he will continue to run at the pace he could achieve in his youth,” ING economist Peter Vanden Houte said.

“And indeed, the elderly are also more vulnerable to shocks. While there are still a number of risks (think of trade tensions, higher oil prices and the Brexit uncertainty) the improving international picture is likely to support eurozone exports in the coming months,” Vanden Houte said.

GDP growth should hover around 0.3 percent in the remainder of the year, he said, below ECB and European Commission forecasts of growth at 0.4 percent in the second half of 2019.

“Not great, but probably the best we can expect in the current stage of the cycle,” he said.

The ECB, which put off tightening monetary policy at the end of last year amid persistently weak inflation, had expected first-quarter growth of 0.2 percent, accelerating to 0.3 percent in the second quarter.

The fall in the number of jobless people is likely to eventually put upward pressure on consumer prices. The ECB wants to see inflation below but close to 2 percent over the medium term.

“The economy remains solid enough not to need extra stimulus. But at the same time not much has to go wrong to bring GDP growth to a standstill. In that regard, wait-and-see remains the most likely ECB monetary policy stance,” he said. 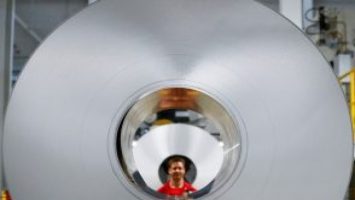 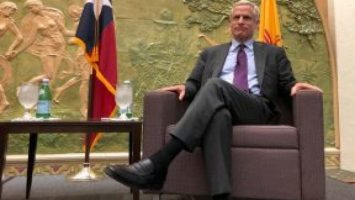