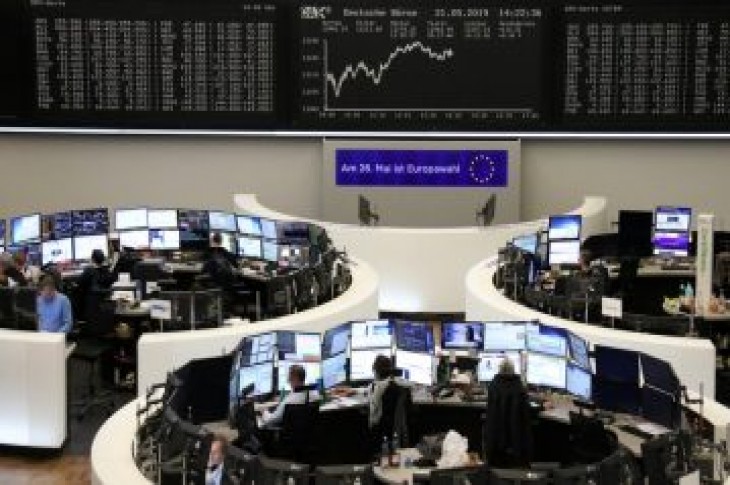 (Reuters) – European shares fell sharply on Thursday, as investors grappled with the latest round of U.S.-China trade friction while British Prime Minister Theresa May faced growing pressure to resign.

By 0710 GMT, the pan-European STOXX 600 had dropped 0.8%, with Germany’s traditionally trade-sensitive DAX down a full percentage point.

That tracked a slide in Asian shares to four-month lows, as investors worried the U.S.-China trade feud was fast turning into a technology-focused cold war.

British chip designer ARM was the latest to suspend ties with net gear and phone maker Huawei, joining a list of companies that are complying with a U.S. blockade of the Chinese firm. The technology sector also slipped 1.25%.

London’s FTSE 100 slipped 0.5% with Brexit-sensitive homebuilders among the worst hit.

The pound hovered near four-month lows as a key ally resigned from May’s cabinet late on Wednesday, fuelling calls for the Prime Minister to resign. A report from The Times said May is expected to announce her departure from office on Friday.

The new attempt to oust the prime minister comes as voters head to the polling booths for the European elections, with May’s ruling Conservative party facing a big defeat.

Among stocks, Merlin Entertainments rose 5% after activist shareholder ValueAct urged the Madame Tussauds owner to go private and said the company could be valued about 20% more than its current price.

Shares of Daimler, Commerzbank, traded ex-dividend, were down sharply.

(Reporting by Medha Singh and Agamoni Ghosh in Bengaluru) 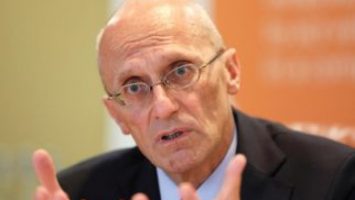