Until recently, traditional investors have long viewed gold, silver, and other precious metals as the go to source of stability when the equities markets destabilize, although the advent of digital currencies, like Bitcoin (BTC), have ignited debates as to whether or not precious metals are still relevant tools of stability during times of market turmoil.

This debate has become more pertinent in recent times due to the current instability in the global equities markets, which has mainly been sparked by investor’s concerns surrounding the United States’ current trade war with China, and declining trade relations with other countries, including Mexico.

Bitcoin Bear: BTC Could Provide Traditional Investors With Insight into the Equities Markets

In a recent interview with CNBC, Peter Boockvar, the chief investment officer at Bleakley Advisory Group and an outspoken critic of Bitcoin, recently explained that he believes BTC is increasingly finding utility as a safe haven investment, which means that its price action may convey important information to traditional equities investors, including himself.

“I watch bitcoin as a signal, as an indicator, not because I want to own it. Over the last couple weeks, we’ve seen this sharp rise in bitcoin, and to me, that was saying something in terms of what markets were thinking about what the Fed was going to do [and about] the turmoil created by the threatened tariffs,” he explained.

Although other investors may be flocking to digital currencies in an attempt to escape the volatility of the traditional markets, Boockvar still views gold and fiat currencies as his preferred safe haven trade.

Today, gold prices surged to a 3 1/2 month high after news broke regarding somewhat weak job report, and as investors grow increasingly confident that the US Federal Reserve will cut interest rates in an attempt to bolster the economy.

Is BTC’s Price Action Preceding That of Gold’s?

While further providing evidence to his theory regarding Bitcoin possibly seeing increased utilization as a safe haven, Boockvar explained that the cryptocurrency’s recent price surge closely preceded that of gold, which to him may mean that the BTC price surge acted as a tip-off to the gold surge.

“I still think it’s in its infancy, and I only bring it up here because we saw a short move over the past month that I was thinking, well something is causing this [surge]. I don’t recommend bitcoin in either direction because I don’t really care for it in terms of an asset, but I do care for it as a signaling mechanism that I think was a tipoff to this bounce in gold,” Boockvar noted.

Although it still remains unclear as to whether or not BTC is a completely uncorrelated asset, or if it is increasingly being traded by traditional investors, it is clear its correlation with other markets will likely increase as more institutions begin investing in it.

“From here on, can bitcoin be a safe haven as much as gold? I don’t know yet… But, again, I’d still rather own gold either way,” Boockvar concluded with what appears to be a hint of optimism.

The post Even Bitcoin Haters See Its Significant Potential as a Reliable Store of Value appeared first on NewsBTC. 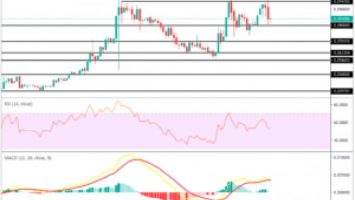 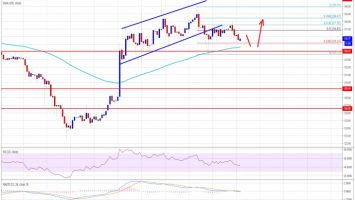