LONDON (Reuters) – One former Barclays trader has been convicted by a London jury of conspiring to rig global Euribor interest rates.

After around five days of deliberations, a jury of nine men and three women on Tuesday found Anglo-Italian Carlo Palombo, 40, guilty after a two-month trial at Southwark Crown Court. His heavily-pregnant wife burst into tears in the public gallery.

Co-defendant Sisse Bohart, a 41-year-old Dane who also once worked at Barclays, was acquitted.

In London’s sixth rate-rigging trial, the defendants were charged with dishonestly manipulating Euribor (the euro interbank offered rate) – a benchmark that helps determine rates on more than $150 trillion of global financial contracts and loans – between 2005 and 2009.

Palombo will be sentenced later. 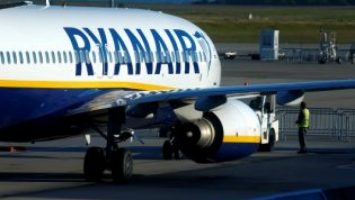