LONDON (Reuters) – Europe’s largest development bank, the EIB, has revived plans for a new offshoot focused solely on non-European Union projects that it expects to formalize in a year and have up and running within two years, its president said.

In an interview with Reuters, EIB head Werner Hoyer also said he was confident EU countries would replace the 3.5 billion euros of British cash and near 40 billion euros of callable capital that will be lost if Brexit goes ahead as planned.

The new internationally focused offshoot could potentially invest in a post-Brexit Britain, but its main aim is to bring more of the EU’s foreign spending into a streamlined and market-savvy unit.

Hoyer said the plan had been put on the back burner for a year due to Brexit and while a new EU budget was being hammered out, but that it was now active again.

“We have revitalized the whole idea and have presented ideas to our shareholders and others,” Hoyer said.

The Bank currently invests between 65-80 billion euros($91.08 billion) a year, with around 10 percent or 7-8 billion of that spent outside of the EU from central Africa to Argentina in Latin America.

Hoyer said the EIB would reorganize internally and work with other European and national development banks in what Hoyer expects to be a comparable set-up to the European Investment Fund. The Fund is a subsidiary of the EIB but is open to non-EU members and helps to provide financing for small and medium sized businesses.

“Within the next 12 months we will probably see where the train is going to go, and within the next 24 months I want to see that thing established.”

On the EIB’s Brexit complexities, Hoyer laid out both the task of plugging the 40 billion euros hole Britain will leave behind and what it means for the 55 billion euros worth of assets the bank has amassed in the UK over the years.

“The UK is holder of more than 16 percent of the callable capital … so this has to be replaced by the others.”

“It will be, as always, a negotiation to the very last minute but I am confident that we will get there,” he added, saying the cost was likely to be spread between EU members.

The Bank’s legacy UK portfolio is likely to be the more complex issue.

The assets range from healthcare research facilities to renewable energy infrastructure but would no longer enjoy what is known as the “protocol of privileges and immunity” after Brexit as Britain would be outside the EU.

“So far our assets here are protected against any court tapping them, that will not be the case in future so we must find a way to organize the future because we are not going to simply pull out the assets here,” Hoyer said.

It raises the question whether Britain could somehow still retain some of its EIB links. Hoyer said he would be “happy about it” but that it was not in his remit and a decision instead for EU and UK leaders.

“In the political negotiations it has not been a part of them, but of course reasonable people are thinking about the future and then probably one day it will come back.”

“But for the time being the situation is what it is.” 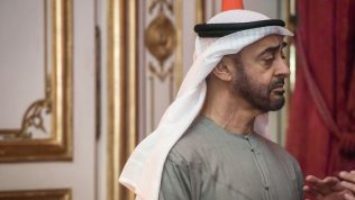