MOSCOW/WARSAW (Reuters) – Russia plans to take back around 1 million tonnes of contaminated oil from Belarus, cleaning up the Druzhba export pipeline section leading to Poland and Germany, four industry sources familiar with the plan told Reuters.

An estimated 5 million tonnes of contaminated oil – which is being removed using pipelines, storage, railcars and by the sea – got into in the Druzhba pipeline last month, forcing Russia to stop flows to customers in Belarus, Ukraine, Poland, Germany and a number of central European countries.

A month ago, Russia had to stop exports via the Druzhba pipeline to Poland and Germany via the northern branch of the line and to Ukraine, Hungary, Slovakia and the Czech Republic in the south. The routes split at the Mozyr refinery in Belarus.

The plan was discussed at talks in Warsaw on Thursday between Russian, Belarussian and European companies. Another roughly 1 million tonnes stuck in Poland and Germany will be left there to be dealt with by the countries, the sources said.

“The Russians are open to agreeing to take back the polluted oil from the Belarus section which has not come to Poland yet, but there is no agreement on compensation,” a source who was attending the Warsaw meeting told Reuters.

Three other people present at the Warsaw talks or briefed on what was discussed there also said the plan was for Russia to take back the oil from the Belarus section.

“This is a bit under 1 million tonnes. They plan to take it back to Russia,” one of four sources familiar with the plan said.

The plan for contaminated crude in the pipeline further west, in Poland and Germany, is that it will be taken off by local refiners, three of the four sources said.

The Russian energy ministry and Transneft, the Russian state pipeline operator, did not reply to requests from Reuters for comment.

Belarus state energy company Belneftekhim, which manages the country’s two refineries and is part of the talks on the tainted oil issue, declined to comment.

Polish oil refiners PKN Orlen and Lotos as well as pipelines operator PERN were not immediately available to comment.

The tainted oil will be removed from the Belarus section by reversing the flow of crude along that section, sources said.

It remained unclear on where exactly the contaminated crude removed from the Belarus section will be sent or stored by Russia, the four sources said.

A total of around 5 million tonnes could have been contaminated by organic chloride, which is used to boost oil extraction, according to the Belarusian operator of a section of the Druzhba pipeline.

The Baltic Sea port of Ust-Luga was affected by the contamination, too. Russia is also exporting oil via other ports on the Baltics, as well in the south and east of the country. These supplies were not affected by the issue.

So far, Russia has managed to remove around 2 million tonnes, using rail, storage tanks and ships, restoring, at least partially, clean flows to the Ust-Luga port and to Slovakia.

Separately from the Warsaw meeting, Russian Deputy Prime Minister Dmitry Kozak and his Belarusian counterpart Igor Lyashenko met in Moscow on Thursday, approving a plan for cleaning up the Druzhba network.

Kozak’s spokesman said after the talks that Russia and Belarus will clean the pipeline all the way through to Belarus’s border with Poland.

Supplies of clean oil to Poland are set to resume no later than in the middle of June, according to the statement after that meeting. The prime ministers of Russia and Belarus are meeting on Friday to discuss the issue.

(Additional reporting by Vladimir Soldatkin and Gleb Gorodyankin in MOSCOW, Anna Koper in WARSAW and Andrei Makhovsky in MINSK; Writing by Katya Golubkova; Editing by Christian Lowe and David Evans) 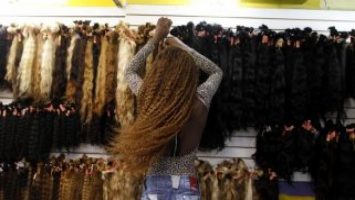 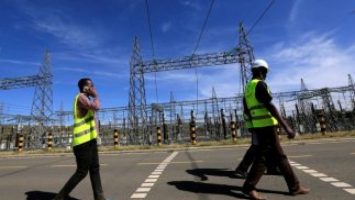