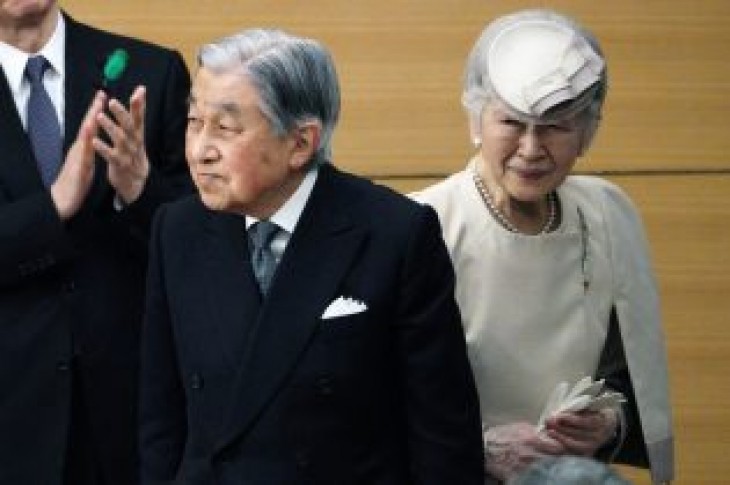 TOKYO (Reuters) – Emperor Akihito’s abdication on Tuesday, one of several ceremonies marking the transition to his heir Crown Prince Naruhito, will be a brief, relatively simple and rare event.

The last abdication by a Japanese monarch was in 1817.

Naruhito will become emperor on Wednesday, but his formal enthronement will take place at a more elaborate ceremony in October, to which foreign dignitaries will be invited.

The ceremony will take place in the Imperial Palace’s “Matsu no ma,” or “Hall of Pine,” known for its polished wood floor and considered the palace’s most prestigious room. About 300 people will attend the event broadcast live on national television.

Imperial chamberlains carry the state and privy seals into the room along with two of Japan’s “Three Sacred Treasures” — a sword and a jewel — which together with a mirror are symbols of the throne. They are said to originate in ancient mythology.

The sword, representing one kept at a shrine in central Japan, and the jewel are enclosed in cases. The mirror is kept at Ise Grand Shrine, the holiest Shinto site in Japan.

Prime Minister Shinzo Abe will announce the abdication followed by Akihito’s final remarks as emperor. Empress Michiko, Naruhito and Crown Princess Masako will attend along with the leaders of both houses of parliament and Supreme Court justices.

This is the first stage of Naruhito’s accession to the throne. Chamberlains put the seals, sword and jewel on desks in front of the new emperor as proof of his rightful succession.

The ceremony is observed by a small group that includes adult male royalty and representatives of the three branches of the government, including Abe and his cabinet. Akihito and Michiko will not be present.

The ceremony is not open to female royalty, but Satsuki Katayama, the only female minister in Abe’s cabinet, will be the first woman in modern history to attend.

Naruhito will wear a Western tailcoat. Akihito wore a Western morning coat when he became emperor in January 1989.

Shortly afterwards, Naruhito will make his first public remarks as emperor in the “Matsu no Ma,” comments that might offer hints about his goals or hopes for his reign.

In 1989, Akihito pledged to protect the constitution and fulfill his duties. He also expressed his hopes for national prosperity, global peace and the well-being of humanity.

Abe will speak as the representative of the Japanese people.

New Empress Masako and other members of the royal family will be present, along with representatives from the three branches of the government and their spouses.

Naruhito and Masako make their first public appearance, greeting well-wishers gathered at the Imperial Palace. They will appear six times during the day from 10 a.m. (0100 GMT)

A large turnout is expected as the public event takes place during a 10-day holiday. More than 100,000 people flocked to see Akihito and Michiko in 1990.

Naruhito proclaims his enthronement in a ceremony attended by dignitaries from nearly 200 countries.

Like his father, the new emperor is expected to wear a traditional robe and headdress.

He will step into the “Takamikura” – a 6.5 meter (21 ft) high pavilion that weighs about 8 tonnes – and briefly sit on a cushioned chair with a seat made from tatami straw.

Naruhito then stands as the pavilion curtains are drawn open and declares his succession to the world.

Britain’s Prince Charles and Princess Diana and U.S. Vice President Dan Quayle were among the 2,200 people who attended the ceremony for Akihito in 1990.

The royal couple will ride in an open-top Toyota Century limousine through central Tokyo. Some 120,000 people, many waving national flags, lined the route in 1990 to cheer Akihito and Michiko as they passed by in a Rolls-Royce Corniche III.

Naruhito will offer newly harvested rice and sake rice wine to imperial ancestors and deities, and partake of them himself as he prays for bumper crops and national peace.

The government has earmarked 2.7 billion yen ($24 million) for the ceremony, including costs to build temporary halls at the Imperial Palace for the occasion, although there has been controversy over the constitutionality of the state funding the event that involves strong religious elements.

(Reporting and writing by Kiyoshi Takenaka; Editing by Linda Sieg and Malcolm Foster) 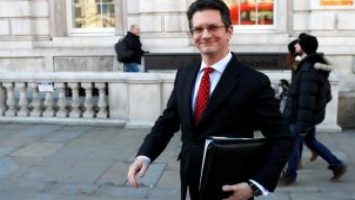 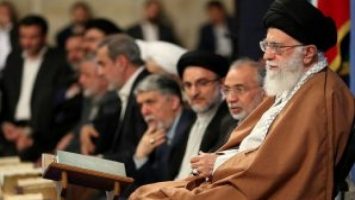