LONDON (Reuters) – Prime Minister Theresa May wants to get her Brexit deal with the European Union approved by British lawmakers in time to avoid taking part in next month’s European Parliament elections.

To do so, she needs to get a law passed through the British parliament. Here is some information about that legislation:

The ‘European Union (Withdrawal Agreement) Bill’, known as the WAB, formally ratifies Britain’s exit agreement with the EU. It gives legal effect to the transition period, due to run until December 2020, the rights of EU citizens, a financial settlement with the bloc and an agreement on how to avoid a hard border in Ireland if a future trade deal with the EU cannot be concluded in time.

WHEN COULD IT BE INTRODUCED TO PARLIAMENT?

Parliament has rejected May’s Brexit deal three times since the start of the year. The government is now holding talks with the opposition Labour Party aimed at reaching a compromise on the way forward.

May’s spokesman said her team of ministers had agreed the WAB should be put before parliament as soon as possible. A government source said this could be as early as next week.

Introducing the legislation directly would bypass the so-called ‘meaningful vote’ on May’s deal, which the House of Commons speaker has ruled cannot be brought back for another vote without substantial changes.

It would put pressure on lawmakers to support the legislation to ensure Britain leaves the EU before the European Parliament elections. It would also enable compromise to be reached through amendments, or changes, to the bill, which could be put forward by pro- and anti-Brexit factions in parliament, giving the legislation a better chance of gaining support.

HOW QUICKLY COULD IT BE PASSED?

To avoid holding European Parliament elections on May 23, the bill would have to pass through all its stages in both the lower House of Commons and upper House of Lords to ratify the deal and leave the EU. Timing is tight.

Parliament is due to sit for just 15 days before May 23. Several previous bills on Britain’s relationship with Europe have taken more than 30 days to pass.

Legislation can be rushed through, although many provisions in the bill are expected to be contentious. Lawmakers are likely to object to not having the opportunity to give it enough scrutiny.

If it is not passed by May 23, Britain must take part in the European elections. Its EU membership is due to end on Oct. 31, with or without a deal. If it does not take part in the elections and has not ratified an exit deal, Britain will leave without an agreement on June 1.

WHAT HAPPENS IF THE BILL IS VOTED DOWN?

Without a breakthrough in talks with Labour, it is risky for the government to introduce the legislation. If it is voted down, rules dictate that the same bill cannot be brought back during this parliamentary session.

Britain cannot leave the EU with a deal if it does not pass the bill to ratify the agreement.

In order to bring back the bill, the government would have to ‘prorogue’ parliament to end the session and start a new session. This process could take several days and is likely to end any hope of it passing before May 23.

Proroguing could bring problems: May’s Conservatives do not have a majority in parliament and its agreement with Northern Ireland’s Democratic Unionist Party (DUP) to prop up the government is due to be reviewed at the start of any new session. The DUP oppose May’s deal.

DOES THERE STILL HAVE TO BE A ‘MEANINGFUL VOTE’?

The legal requirement to hold a ‘meaningful vote’ in parliament to approve May’s deal would remain, but the government believes that if lawmakers have voted to approve the legislation, passing a meaningful vote would become a formality. 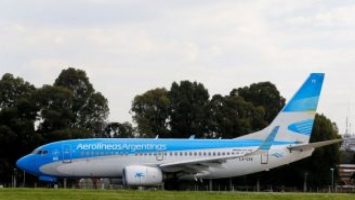