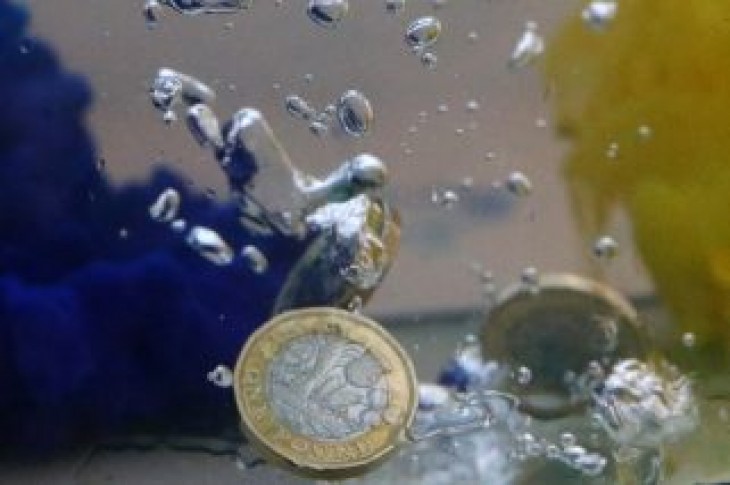 By Saikat Chatterjee and Richard Pace

LONDON (Reuters) – Sterling has bounced 6 percent from Jan 4. lows and could gain 3-7 percent more if UK lawmakers manage to break their Brexit deadlock this week, but signs are it will struggle to sustain a rally while Britain’s path out of the EU remains uncertain.

From option markets to positioning indicators, market pricing indicates that either a postponement of the Brexit deal or acceptance of Prime Minister Theresa May’s deal would be a short-term positive for the pound. But the uncertainty a delayed Brexit could cause would cap further potential gains.

“While we are no closer to a long-term solution for the pound, the outlook has brightened in the short term as it shows that very few lawmakers want to press the nuclear button, i.e. crash out of the EU without a deal,” said Hans Redeker, global head of FX strategy at Morgan Stanley.

The pound is already on track for its biggest monthly rise against the dollar in a year as markets see a diminishing risk that Britain will leave the European Union on March 29 without an agreement on future relations in place.

After parliament rejected Prime Minister Theresa May’s withdrawal agreement on Jan. 15, some lawmakers are seeking to delay Brexit by extending the Article 50 negotiating period, and others trying to give parliament greater control of the process.

No-deal Brexit is by no means ruled out, but the risk is seen as low — Goldman Sachs, for instance, puts it at 10 percent.

Derivatives traders report a notable pick-up in options to protect against a stronger pound, with a preference for sterling “calls” versus dollar with three- to six-month maturities. These calls would give holders the right to buy sterling from mid-$1.30 levels. Sterling is trading currently at $1.315.

Of all the possible outcomes of Tuesday’s vote, Redeker said parliamentary approval of May’s deal would be the most positive for the pound, potentially pushing it all the way to $1.45 — more than 10 percent above current levels. Extending Article 50 would send the pound to $1.37, Redeker added.

The rally in sterling has been helped by signs of policy caution from the U.S. Federal Reserve and the European Central Bank. While money markets no longer see a Fed or ECB interest rate rise this year, they are pricing a roughly 65 percent chance of a Bank of England move in December.

All that helped the pound to close comfortably above a 200-day moving average of 1.3066 on Friday, a closing rate not seen since May 2018.

This popular technical indicator is widely used by hedge funds and currency traders to bet on future trends. A currency trading above that indicator encourages more buyers as it is seen to imply more gains and vice versa.

Metrics such as trade-weighted sterling meanwhile show it some 10 percent below its value at the time of the June 2016 Brexit referendum.

Sunil Krishnan, head of multi-asset funds at Aviva Investors says sterling “screens as attractive from a valuation point of view” if there is clarity on Brexit outcomes.

“Many of the investors who are willing to take positions in sterling have already done so — which is why we saw the rally from $1.26 to $1.31 — but there are still many international investors who believe ‘this is not the game I want to play at the moment’ and have not taken a position,” Krishnan said.

From there on though, pound gains may be capped. First, it seems clear that markets are now positioned neutrally on sterling, versus the big short bet in December.

Second, many fear that amendments delaying Brexit may prove to be non-binding on the government, keeping alive no-deal risks as May attempts to run the clock down to the March 29 departure date set out in law. A Brexit delay that prolongs political uncertainty could prompt hedge funds to resume shorting the currency.

Accordingly, Refinitiv data shows a steady buildup of “strike” options on the pound between $1.35-$1.40 over the next three months. That indicates traders see $1.40 as the upper limit of the pound’s gains.

Kaspar Hense, a portfolio manager at Bluebay Asset Management holds calls on euro versus sterling for the next three months.

“What will cause us to change our position is if May signals a completely different path to the Brexit negotiating process than what she has said earlier,” he added. 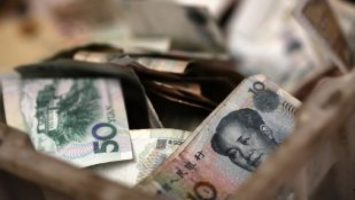 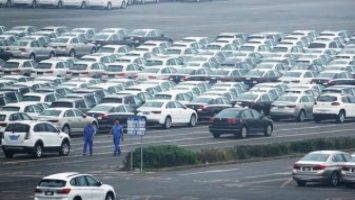