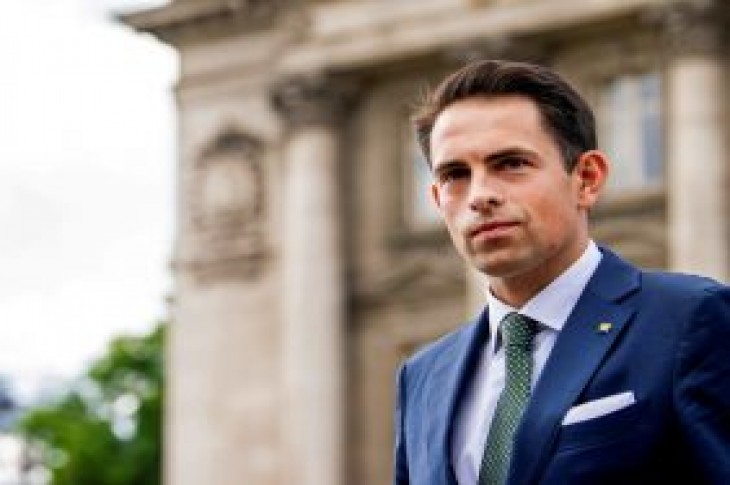 BRUSSELS (Reuters) – Belgium’s King Philippe met the head of the anti-immigrant Vlaams Belang on Wednesday after Flemish separatist parties surged in an inconclusive national election, the first time a Belgian monarch has met a far-right leader since the 1930s.

The king has held a series of talks with other party leaders following Sunday’s election as part of consultations to allow the palace to designate the political leader with the best chance of forming a government.

He greeted Tom Van Grieken, 32, just inside the gates of the royal palace in central Brussels and the two shook hands, Van Grieken making a small bow. Their meeting lasted just over 20 minutes.

“I don’t see why you are treating this as abnormal,” Van Grieken told reporters on his arrival. “It is the most normal thing in the world that the party that has won the election is invited to see the head of state.”

Vlaams Belang (Flemish Interest), which has traditionally been shunned by mainstream parties, stunned Belgium by grabbing 18 seats in the federal parliament, up from three previously, as regional, national and European elections were held on Sunday.

It was the second strongest party in terms of share of the vote behind the more moderate Flemish separatist N-VA.

The separatist surge in Dutch-speaking Flanders and a shift further to the left in the French-speaking Wallonia region could make it harder than ever to weld together a national government from both sides of Belgium’s linguistic divide.

Coming out of the meeting, he gave little away.

“I answered the questions the king put to me. It was a pleasant, calm discussion,” Van Grieken said.

Political analysts have said the king faced an awkward decision on whether to include Vlaams Belang in the talks, given that he is required to be neutral. The party also opposes the monarchy.

“The king must remain neutral and so what the king can do is conclude that there is no party that wants to form a coalition with the Vlaams Belang.”

Philippe’s father Albert II and uncle Baudouin did not meet leaders of Vlaams Belang or Vlaams Blok, including in 2003 when the latter also won 18 parliamentary seats.

In 1936, Philippe’s grandfather King Leopold III did receive Leon Degrelle, the founder of Rex, a party that subsequently collaborated with the occupying German Nazis during World War Two. Rex was dissolved in 1945. Degrelle, who fought with the Germans on the Eastern Front, fled to Francoist Spain.

Leopold III, who surrendered Belgian forces to the Germans, lived in exile after the war, then faced opposition and a general strike when he returned to Belgium in 1950 and subsequently abdicated.

A shift to the right in richer Dutch-speaking Flanders and to the left in the French-speaking south has made formation of a national government difficult in the country of 11 million people. Belgium took a world record 541 days to do so after the 2010 election. 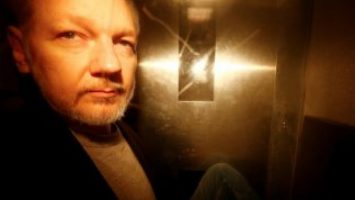 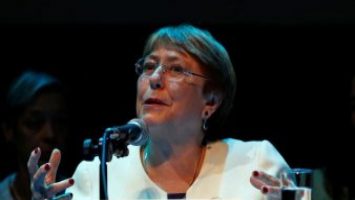