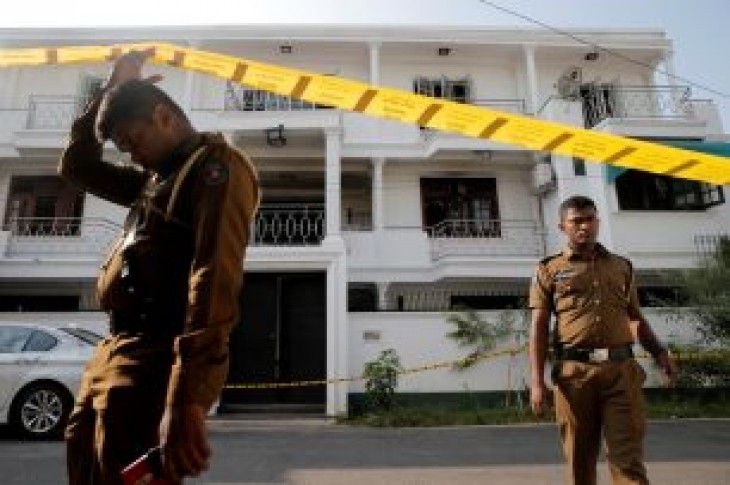 COLOMBO (Reuters) – Sri Lankan authorities swept up more people, including foreigners, for questioning on Thursday as they probed deeper into the Easter Sunday bombings, which killed 359 people in potentially the deadliest operation claimed by Islamic State.

Police said an Egyptian and several Pakistanis were among those detained overnight, although there was no immediate suggestion they had direct links to the attacks on three churches and four hotels that also wounded about 500 people.

An explosion occurred in a town east of the Sri Lankan capital, Colombo, on Thursday but there were no casualties, a police spokesman said, adding it was not a controlled explosion like other blasts in recent days and was being investigated.

A picture has emerged slowly since Sunday of a group of nine well-educated, home-grown Islamist suicide bombers, including a woman, who carried out the attacks in the Indian Ocean island country.

However, Sri Lankan and international authorities have also focused their investigations on international links to domestic Islamist groups – National Thawheed Jama’ut and Jammiyathul Millathu Ibrahim – they believed carried out the attacks.

Islamic State claimed responsibility for the attacks but offered no firm information to back up its claim.

The Islamist group released a video on Tuesday that showed eight men, all but one with their faces covered, standing under a black Islamic State flag and declaring their loyalty to its leader, Abu Bakr Al-Baghdadi.

The one man in the video with his face uncovered has been identified as Mohamed Zahran, a preacher from the east of Sri Lanka known for his militant views who officials believe was the attack’s mastermind.

Australian Prime Minister Scott Morrison said on Thursday another of the bombers had lived in Australia with his wife and child on a student visa but left the country in 2013.

Morrison did not identify the man, although his family have said his name was Abdul Latheef Mohamed Jameel.

“I can confirm that the suicide bomber had been in Australia,” Morrison told reporters.

Police said on Thursday 16 more people were detained for questioning overnight, taking the number detained since Sunday to at least 76. That number includes a Syrian national.

A police statement said one of those detained overnight was linked to a “terrorist organization” but gave no other details.

It said another was taken into custody after they investigated posts on the individual’s Facebook page and found what they described as “hate speech”.

“It was related to the spreading and preaching of terrorism,” a police spokesman said.

Others have also been caught up in the broader crackdown.

Police said they detained an Egyptian who was found not to have a valid visa or passport. The man taught Arabic in a school about 70 km (45 miles) from the capital, Colombo, and had been living in Sri Lanka for more than seven years.

A police spokesman also said that a group of Pakistanis had also been detained among an unspecified number of foreign nationals for overstaying their visas.

The bombings shattered the relative calm that has existed in Buddhist-majority Sri Lanka since a civil war against mostly Hindu, ethnic Tamil separatists ended 10 years ago, and raised fears of a return to sectarian violence.

President Maithripala Sirisena will meet representatives of different faiths later on Thursday to address concerns of a sectarian backlash.

Hundreds of Muslims have fled the Negombo region on Sri Lanka’s west coast since scores of worshippers were killed in the bombing of the St. Sebastian church there on Sunday. Communal tensions have since flared.

Hundreds of Pakistani Muslims fled the port city on Wednesday, crammed into buses organized by community leaders after threats of revenge.

“Because of the bomb blasts and explosions that have taken place here, the local Sri Lankan people have attacked our houses,” Adnan Ali, a Pakistani Muslim, told Reuters as he prepared to board a bus.

Sri Lankan officials have said they believed the bombings were carried out in retaliation for the March 15 attacks by a lone gunman on two mosques in New Zealand that killed 50 people.

New Zealand Prime Minister Jacinda Ardern has said she has seen no evidence to support that claim.

Most of the Easter Sunday victims were Sri Lankans, although authorities have confirmed at least 38 foreigners were also killed. These included British, U.S., Australian, Turkish, Indian, Chinese, Danish, Dutch and Portuguese nationals.

(Reporting by Sanjeev Miglani; Additional reporting by Shihar Aneez in COLOMBO, Alasdair Pal and Sunil Kataria in NEGOMBO and Will Ziebell in MELBOURNE; Writing by Paul Tait; Editing by Michael Perry) 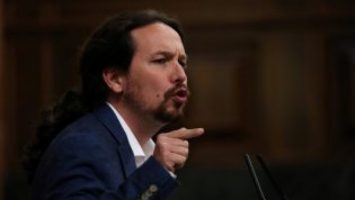